For a long time my father has been a Nokia customer. He used a Nokia-X2. Things he liked were features like legit font, sharp screen, backlit hardware keyboard and call quality. He didn't really use any other feature. Recently after about five years of usage; that phone conked out and with that we were in the market for a similar phone.

A lot of friends online suggested me to go with Easyfone. I was skeptical initially. I went through all the amazon reviews and feature list in detail. It seemed like a decent phone and features weren't path breaking. So at last I made up my mind and bought it from Amazon for roughly ₹3500. It got delivered in time and in good condition. He has used it for a while now and here is our feedback.

Build quality is decent. Feels solid, light weight and fits well in the hand. Has anti skid back for slippery hand. But build quality is not as good as Nokia. And I doubt if it can survive in the harsh like Nokia. That said no other phones are as sturdy as Nokia phones. Overall not bad.

Screen is big enough, clear and has big and legible fonts. All of which we liked. Keys are well spaced, big, have clear lettering, backlit and have good tactile feedback. Again full marks there.

Dedicated SOS button on the back. 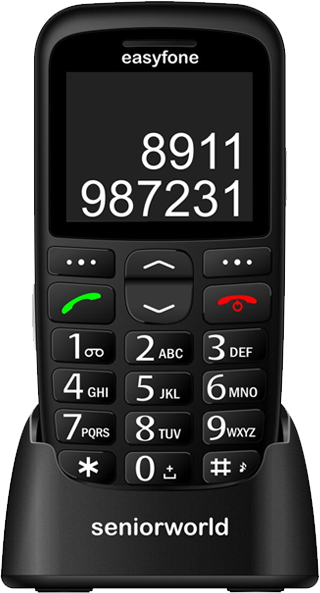 The phone comes with three dedicated buttons. SOS button at the back, slide-able torch button and lock/unlock button. I really like that they have a dedicated screen lock and unlock button. On a regular phone one needs to long press * or # to unlock. It used to be really difficult1 for my mother to use it. Torch is at the top and it works. It gets its own dedicated button. In fact this makes it much more useful specially in the night.

SOS functionality gets activated on long press. It begins with a countdown with an option to cancel. If you don't cancel it then sounds an alarm. Enough to get attention in a room or corridor. Then it automatically calls the contacts on "emergency" list. You can pre-configure up-to 5 emergency contacts. It calls all five one after another until someone picks up. It calls each contact up-to 3 times. Then it puts the phone in auto-pick mode where any incoming call will be automatically received on speaker. Along with this It also sends a SOS SMS message with location details, battery strength & before stored medical information. The message is usually a link to a webpage with all the details including the lat/long. 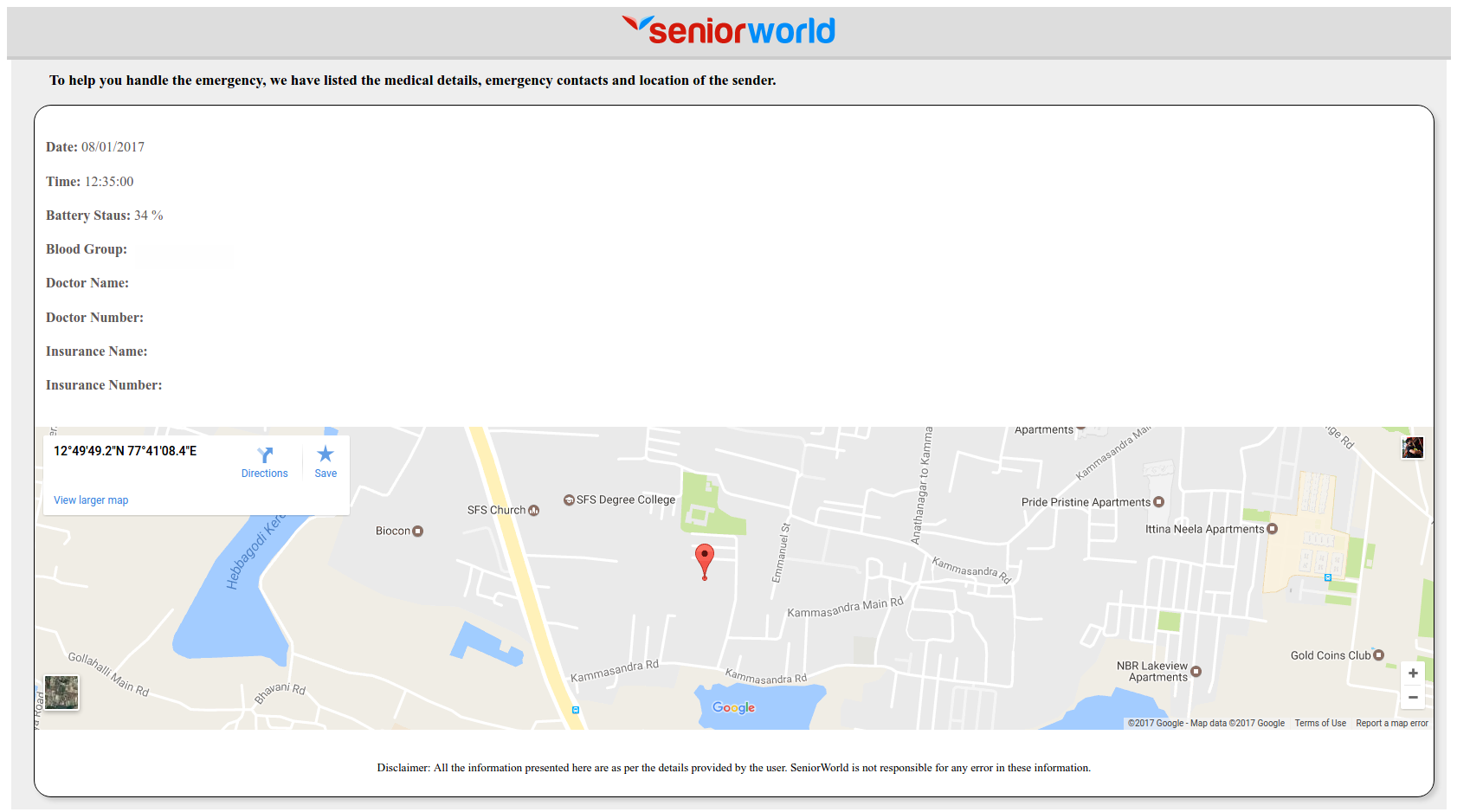 Screenshot of the SOS webpage

I am not sure if the phone has GPS. I couldn't get the details anywhere. I doubt it. Regardless in my tests the location was quite accurate, it was in 10-100 meters range. Phone sends a link which gives all the information. Hence its easy to forward if the situation requires. The SOS feature is well thought out and works. We had a couple of false alarms in the beginning due to the location of the button. My father usually holds the phone in a way that would make him press the SOS button. But it only took couple of days. 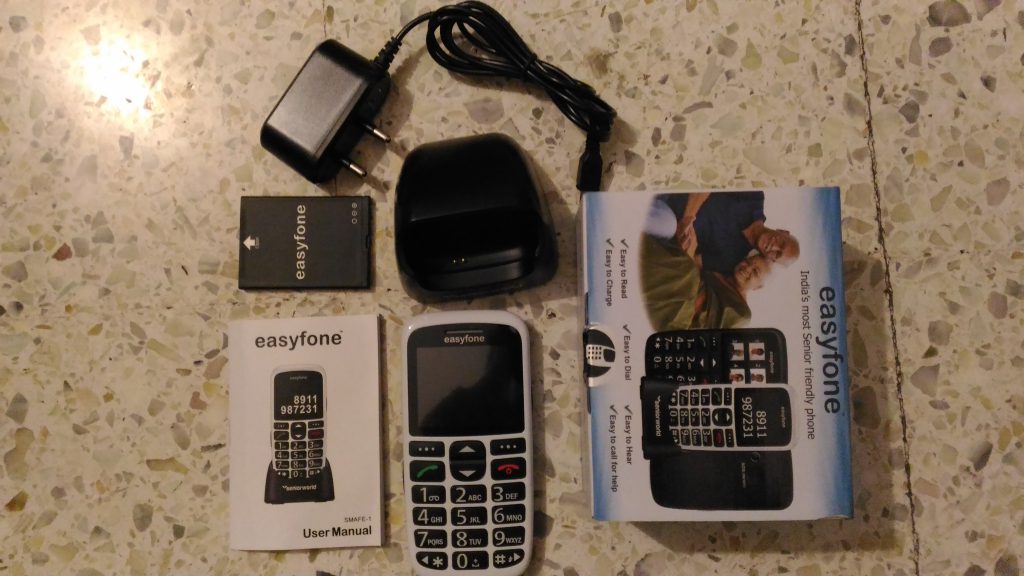 The phone has FM radio and can take memory card up to 8GB. One can use a standard 3.5mm head phone jack. It uses standard micro USB for charging. Also comes with cradle like cordless phones if you don't want to think about charging. It's a quad band (GSM 850/900/1800/1900) so can be used overseas. Call quality is good, its loud and clear. The speaker phone feature works, its loud and clear.

Camera is bad, it's not even decent. But since we weren't looking for that feature it didn't matter to us. No internet. Again we didn't need it.

All in all. It's a a very good phone for seniors.