Logic Analyzer is a good tool to have on your work bench. You read about my experiments with cheap knockoff last time. Now I have a Zeroplus LAP Educator1. It’s a 8 channel Logic Analyzer targeted at DIY community. In fact its a part of a kit which includes an Arduino based kit and a beautifully made guide 2. But since my interest is Logic Analyzer, I am ignoring the rest of the items in the kit. 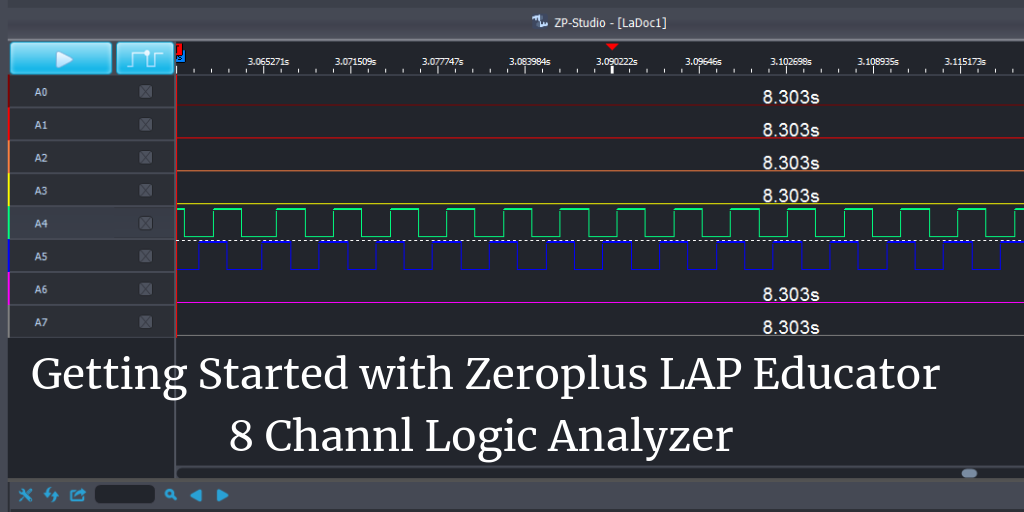 The hardware looks good and sturdy3. It has a blue light to show when it’s connected. The kit also comes with test hooks, one can use them to connect to flying leads. 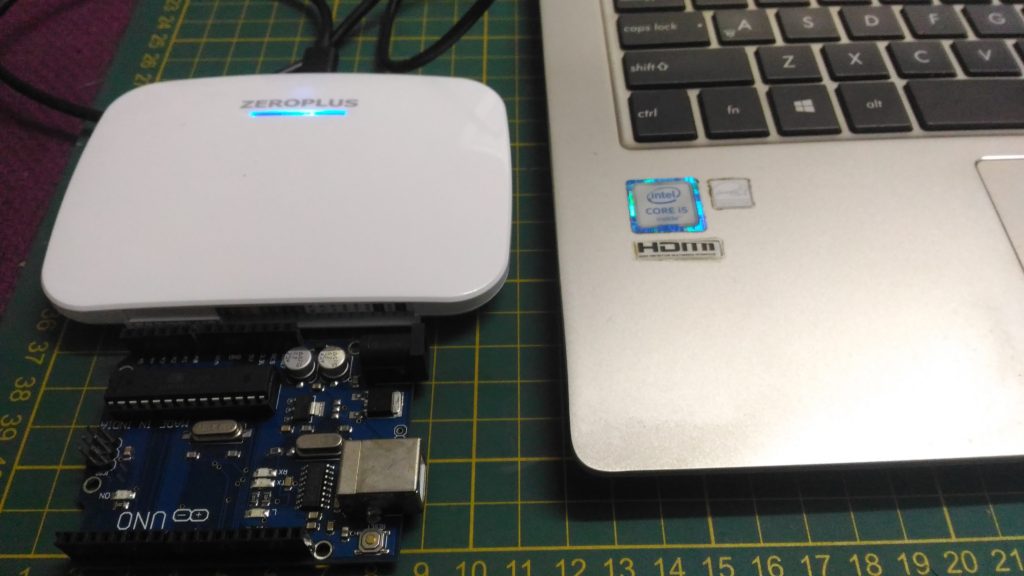 It’s an eight channel(A0-A7) Logic Analyzer which can sample at 100MHz. It can handle voltages from -6V to +6V. Which I am guessing more than enough for any of us DIYers. There is also S_O pin, which sends a rising 3.3v signal as soon as the tool starts capturing4, T_O pin emits a rising 3.3v signal when the trigger conditions are met. These two pins can be used for programming external entities while debugging. There is also VDD and GND which gives power (3.3V) and Ground, again you can use them to power other instruments. In a classroom situation this can be very useful.

It supports 8 channels along with external clock

A free windows software is available for download and installation. I was able to use it on Windows 10 5 with no issues. Software looks familiar and easy to use. It’s as easy as PulseView if you have used one.

No Linux support yet

Pulseview supports most of the professional versions. So initially I assumed it would support the Educator too. But No. Its not supported. My Ubuntu recognizes the hardware but Pulseview doesn’t. There is no support for USB PID 0x702a. But I am assuming the protocol is not very different from professional versions and supporting this should be much easier 6. I think ZeroPlus should contribute to bring support in Pulseview. 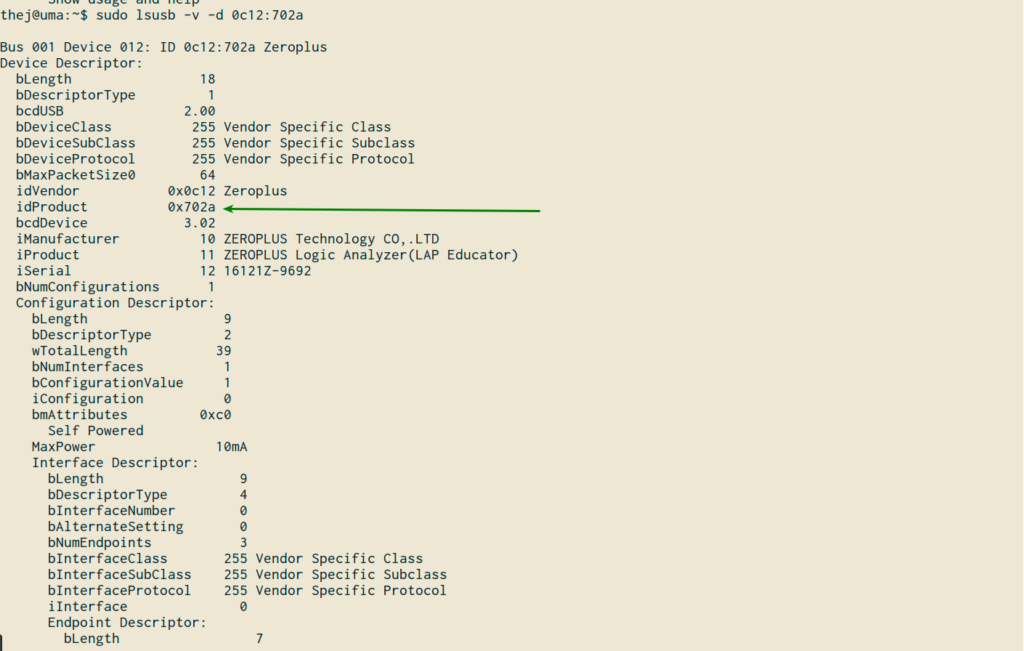 Standard mode is a typical standard mode. Start the logic analyzer when you want to start capturing based on the memory allocation and sampling frequency. It collects samples that can be analyzed. It’s quite straight forward.

One of my reason to get a logic analyzer was to study communication protocols. Zeroplus tool has 80 free, built-in protocol decoders7, where it can parse the signals and give you data. It’s very useful if you are debugging or reverse engineering. 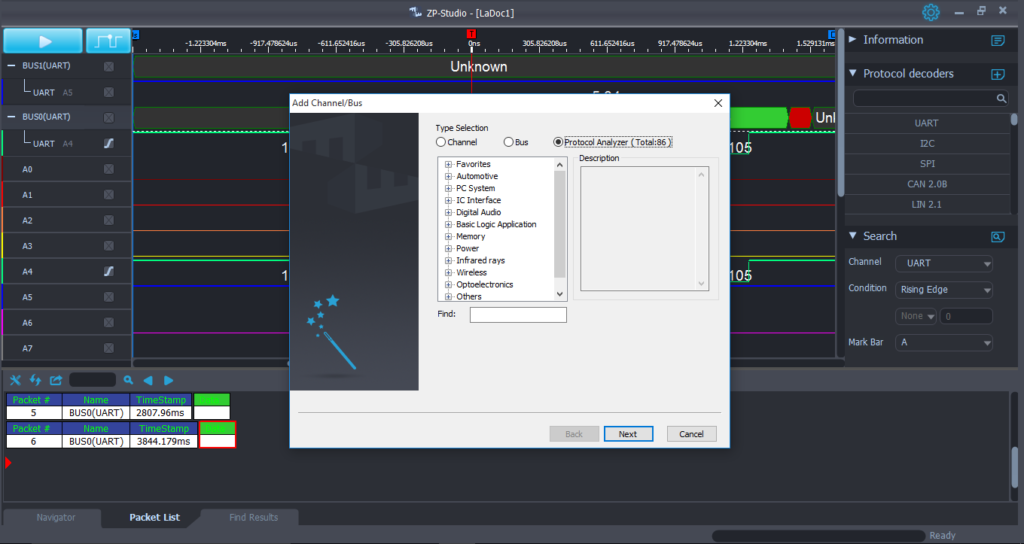 There are many built in protocol analysers

As first step. I did analyze UART signals. It worked. It’s easy to configure and use. One protocol I really like to learn about is I²C. I will probably write a separate blog post about it. Also the accompanying guide book has multiple experiments, one of them is analyzing protocols. It’s a good starting point. 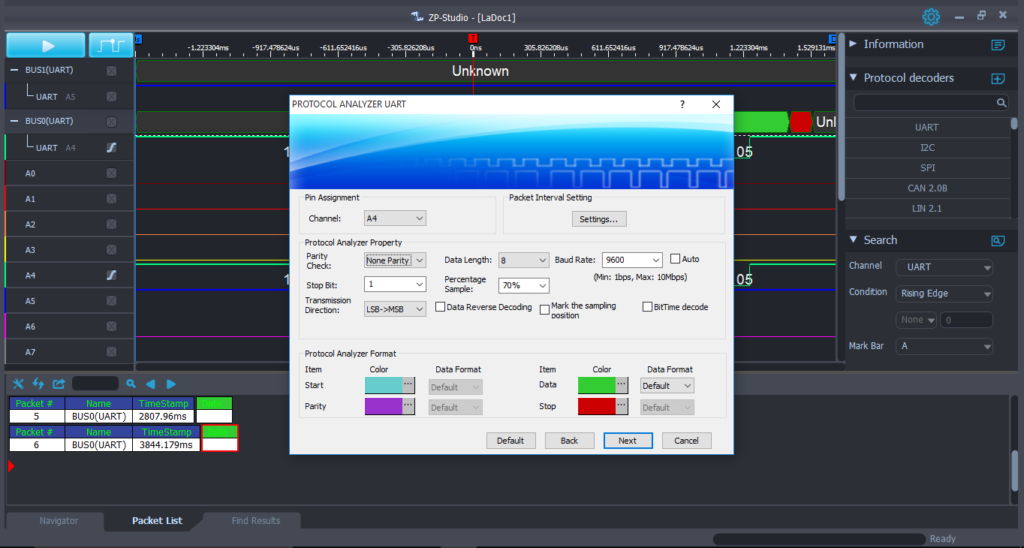 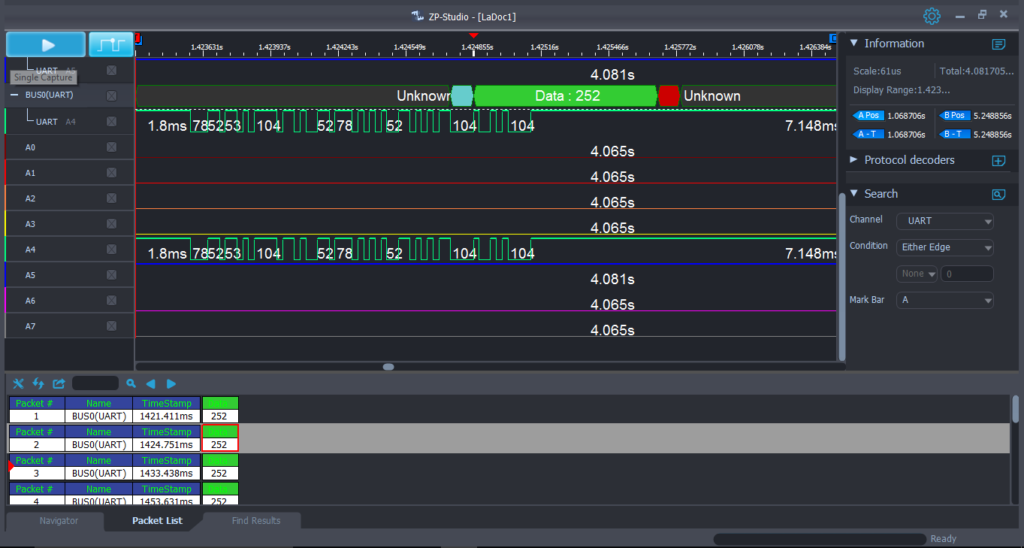 Overall Zeroplus LAP Educator is a great addition to my toolset. You can expect more tutorials based on logic analyzers now :)