Write and Run a program 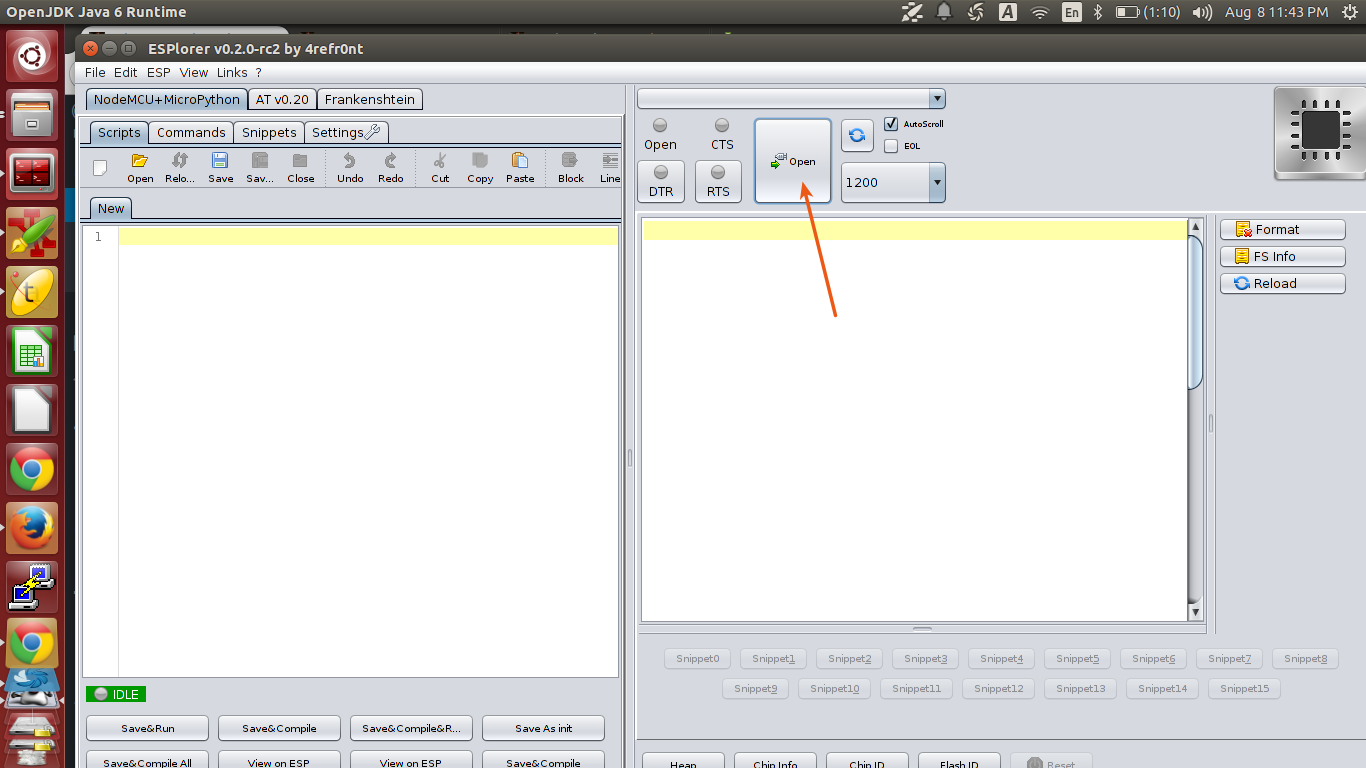 Open a connection to the ESP8266 for communication 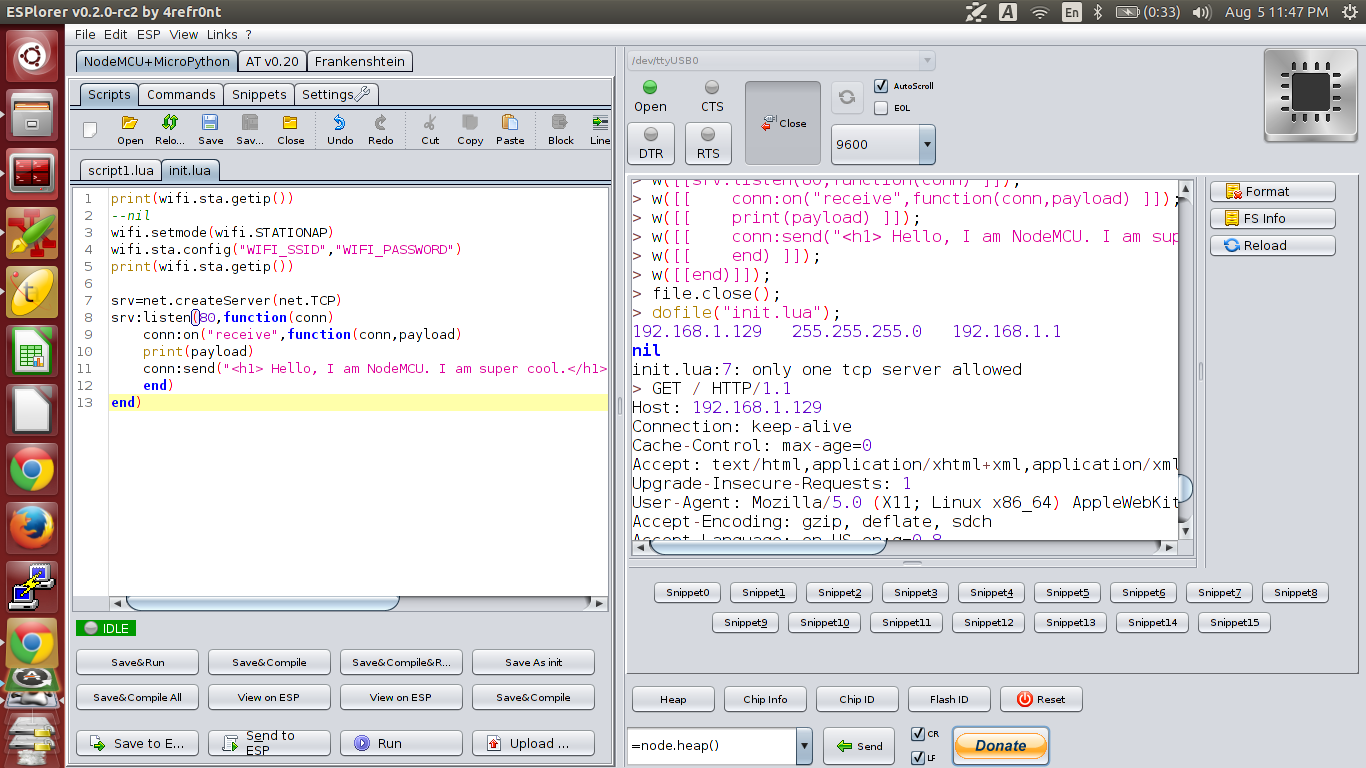 Run a program on boot

When you write a program using the ESPlorer, you are also running the program through IDE. But in real world when you deploy the IoT device this won’t be the way. In real world the code should start running as soon as you power-up the device.

So you want to run some code as soon as the ESP8266 boots or switches on. For that to happen create a file called init.lua and write that program in it.

You can also save the existing program as init.lua using the button called “Save As init”.

When ESP8266 is switched on, NodeMCU boots first add as soon as it boots, it runs init.lua. So make init.lua starting point of your program.

Send data to a webservice

Note: Yet to write