I didn't expect it to happen. It was a very happy surprise. Today is one of the most unforgettable days in my life. I am much bigger fan of him now.

I asked him. He agreed. I was very happy.

I knew he was in Bangalore. I knew he was here for a private secretive conference. But he was not really secretive about it on Facebook:). I knew it was almost impossible to meet him. Also I didn't want to disturb him in any way. 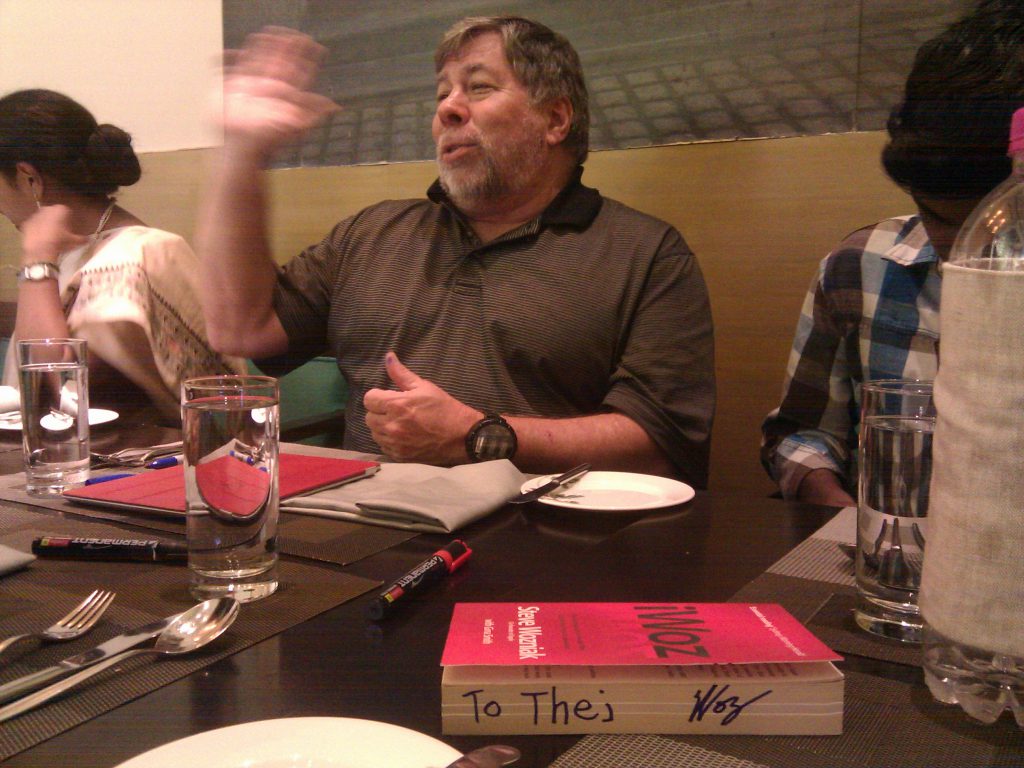 I just wanted to leave a fan letter at hotel reception. But like any other hotel they denied he was there. Reception refused to pass on my letter. I literally had to wait there for an hour or more. At last they accepted it. The last line in my fan letter was "let me know if you have time. I would really like to meet you.". I was just trying my luck.Like anybody I couldn't wait, so I sent him a mail inquiring about my letter. He replied very promptly that he got it and offered to meet me. It was the OMG moment. I was so happy and high that I couldn't sleep properly. 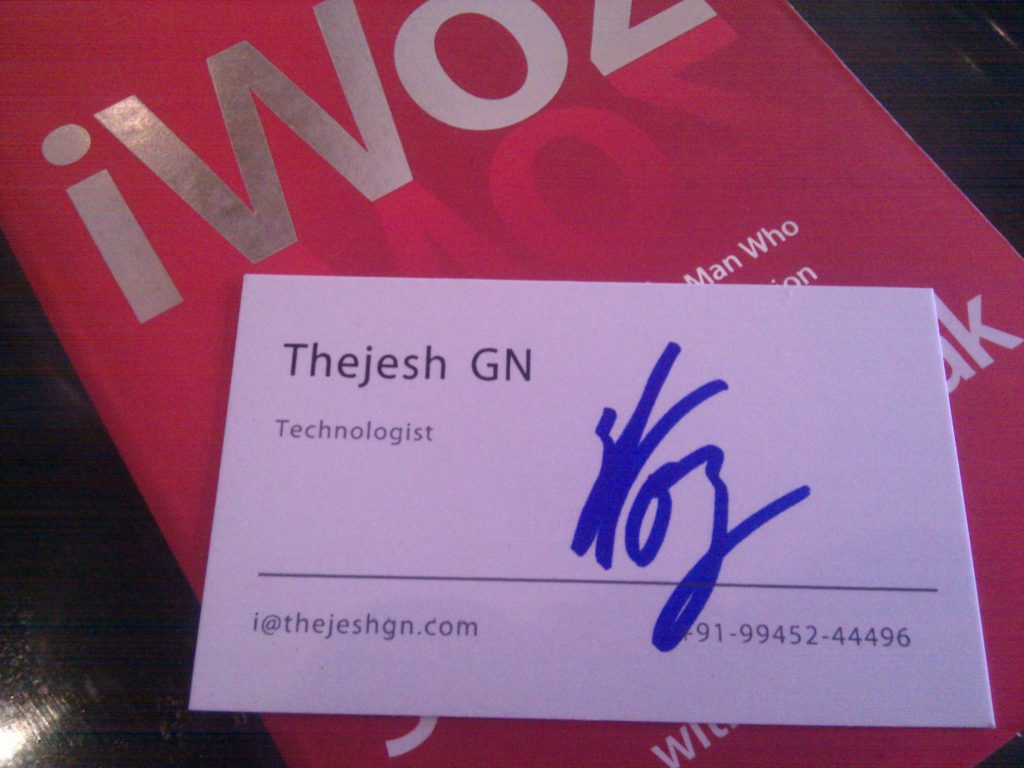 Today I was there at the reception waiting for him. I actually wanted to shout at reception "I told you" but didn't. He came down exactly on time. There were two more fans just like me. So he took as aside to give more time to us as people from conference were trying to grab him. We found a table at café. Did some causal chit-chat, took auto graphs and pictures.

Then a big group found us :( but he spoke casually. He spoke about future of computers and other related stuff. Also answered all our questions. I should have recorded the whole stuff. But I was so involved that I forgot. I captured only last four minutes.

He was very approachable. He was very nice to all. He had child like enthusiasm about almost everything. And above all he likes his fans. No wonder everybody likes him.