Last year when I was designing the BLE App, one of the hurdle we faced was the packet size. I couldn't send more than 20 bytes of data at once. So I had to created packets of 20 bytes and send them one by one, with some headers for packet information. On the receiver side I had to receive the data, organise the packets, remove the headers and stitch the data together. It's not a very new problem, so I got to work and designed the packet creation algorithm. 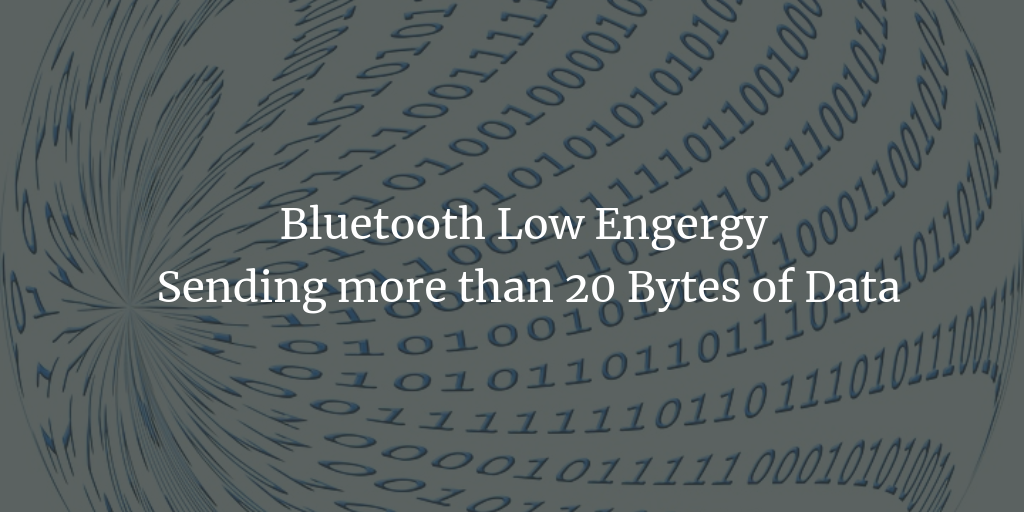 This works really well. But the maximum amount of data you can send is 4606 bytes (256*20 - 256*2 -2). Most of my data is well within that range so it didn't really hurt. Also it takes two bytes of data for setting the length of data. Which I thought was redundant.

Both formats have advantages and disadvantages. The first format has worked for a year now without any issues. The second format is close to the one used by Google Science Journal App to read data from BLE peripherals. 1. So I might start using the second format in my public open source projects.

Which one would you use? Do you have your own format?