Here is the third installment of Outfoscions about which I was talking. After the first two technology ones, I am presenting you, next very tasty one called Potluck. Yes, the venture is called potluck and its an exclusive north Indian restaurant in Bangalore, started by B K Birla. Here I present small interview I did with Birla who is CFO, Chief Food Officer at Potluck. Thanks for the time Birla.

[thej] How and when did you get this idea of opening a restaurant?
[Birla] I have been enthusiastic cook from an early age. In typical North Indian households, cooking is a necessary skill for girls and almost a taboo for boys. But in our family I have always seen my father and brother cooking good food and leo technoloarning cooking came naturally. After I came to Bangalore in 1995 I setup my kitchen within 2 weeks and cooking everyday became a natural habit for me. In fact the deal I had with my roommate was that I will do the cooking and he will wash utensils. Besides all this I always had 10-15 friends at my place on weekends and cooking for all of them was a very regular affair for me and I enjoyed cooking for all. Similar things continued during my Infosys onsite trips and it was always fun to cook for everyone.
Opening a restaurant was always on my agenda but while working at Amazon I came across a soft skill trainer who also runs a South Indian restaurant called Krishna Cafe. It was an inspiration for me and my friends at Amazon and that is the point where we started to think seriously about this venture.
On a lighter note if you have fed free food to too many people, you want to make up at some point J 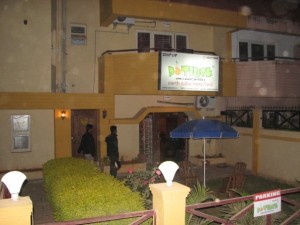 [thej]How is it different from running a software project, I had to ask this?
[Birla] There are both similarities and differences in running a software venture and restaurant. The similarity is in terms of people and their aspirations. A BTech graduate coming from IITs and aspiring to learn new skills has very similar mindset to an uneducated waiter coming with pretty much nothing from places like Darjeeling and trying to become a captain (guy who takes orders in restaurants).
One of the main differences I see is in terms of the cycle times in creating a product and getting feedback from customers about it. In food business the cycle is compressed and the feedback is pretty much in your face. The other big difference I find is that in software or other white collar jobs we get used to a very polished language and environment. In food business or probably other brick and mortar businesses you come across all types of people.

[thej] What has been the most challenging part of setting up and running the potluck?
[Birla] I guess the most challenging part has been in the mind. We do not come from a business family and the concept of doing business is alien to us. Initial decision to start restaurant was full of days of extreme self doubt to days of unlimited excitement and ideation. The next challenge was that we were venturing into a totally unknown area. We had no idea how to setup a restaurant kitchen, price food, get licenses and many more such things. We had to learn all this on job and obviously we did enough mistakes also.
In the operational phase with two start-ups in hand time is always a constraint. You might see me operating my billing machine in restaurant and also do my work on laptop ( including writing this ). Besides this Indian cooking is a very human dependent process and it is very difficult to maintain quality and consistency. Unless I monitor it closely, it can go out of hand at any point. 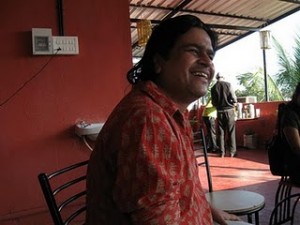 [thej] Why only North Indian? Why not Chinese or south Indian? or the best multi cusine?
[Birla] I guess the choice was between being master of none or master of one. I strongly feel that food is something you need to grow up with to understand the finer nuances. Our family is a multi cultural as my wife is a Tamilian born and brought up in Bihar and I am a UP guy living in Bangalore for past 15 years and our kids speak 4 languages – Hindi, English, Tamil, Kannada. I have been lucky enough to have home food from various parts of India on a regular basis. I also realize that no point in expecting a Delhi guy to understand how to make a good Bisi Bele Bhath and a Bangalore guy to make good Phulka. Unless you have grown up eating that type of food it is tough to get it right. My forte was North Indian food and I decided to stick to my strengths. But overall we are open to start a pure South Indian place but we will prefer to set that up in north.

[thej] Why the name potluck? Is there a story behind it?
[Birla] Oh Ya! There is a story. I used to organize monthly Potlucks in Amazon and they used to be real fun events. Almost everybody used to cook and bring stuff and we used to have a great time eating together. Lot of non cooks got inspired to learn cooking and I enjoyed the entire experience of organizing this. I even started awards in these Potlucks and we created innovative awards like Ma Ka Lal award for somebody who’s Mom cooked for the Potluck and a Desperate Housewife award for somebody who was over eager to feed other the stuff she cooked ( and ya I got beaten up by her after that ).

[thej] So what kind of preparation do you need to start with this venture as this was not your main strength (considering technology as ur main strength)? 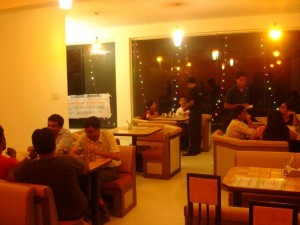 [Birla] I was totally new to this domain and doing the business is not something me or my family have a history of. We did pretty much all the mistakes which are possible in this domain. I guess the first step has to talk to people in this domain. Lot of restaurants do close and this is not an easy business. Lot of people have a wrong notion that any food business will run. They do not understand that food business just like any other business has a good probability of failure also.
I should not talk about my preparation as I was certainly not well prepared. I do advise few budding entrepreneurs now so that they can learn from my mistakes instead of learning it after doing them.

[thej] Anything you want to suggest to our readers who want to start a venture?
[Birla] My suggestion would be to first make up their mind. Starting ventures do require you to go through both good and bad times and you need to take both of them in your stride. Some of the assumptions entrepreneurs make do not span out as they might want it to be so you need to be flexible but then there are some areas where you need to go through those dark tunnels and you got to hold on to your beliefs and hard work.

Another important aspect is that you should be ready for learning as well as unlearning. Both might be needed equally to respond to the challenges you face as an entrepreneur especially when you venture into an unknown domain.

This interview was supposed to happen face to face but then I was really busy couldn't visit their restaurant. But then I have made sure to suggest it so many of my friends, just because the story of its birth itself is so cool. I am sure the restaurant will be much more. Planning to visit next week sometime, how about you?
Photo Credit : Potluck.