Dear Reliance – One of us is lying

From Web of Deceit on the The Caravan

A more worrying development regarding ISP actions came to light at the end of May, when the activist group Anonymous India hacked into the servers of one provider, Reliance Communication, and released a list of 434 web addresses that had been blocked. Among these were 45 addresses that Reliance had not been asked to block by either government or the courts—all of them related to an accused in the 2G scam, Satish Seth, a group managing director at its parent company, Reliance ADA Group (R-ADAG). The 45 addresses were soon unblocked. (For the record, an R-ADAG executive denied in an email that their servers had been compromised by Anonymous India, and said they had not blocked any web pages unless asked to do so by the government or the courts.)

I was on reliance netconnect on 8:14 pm on May 26, 2012 and obviously servers were compromized. 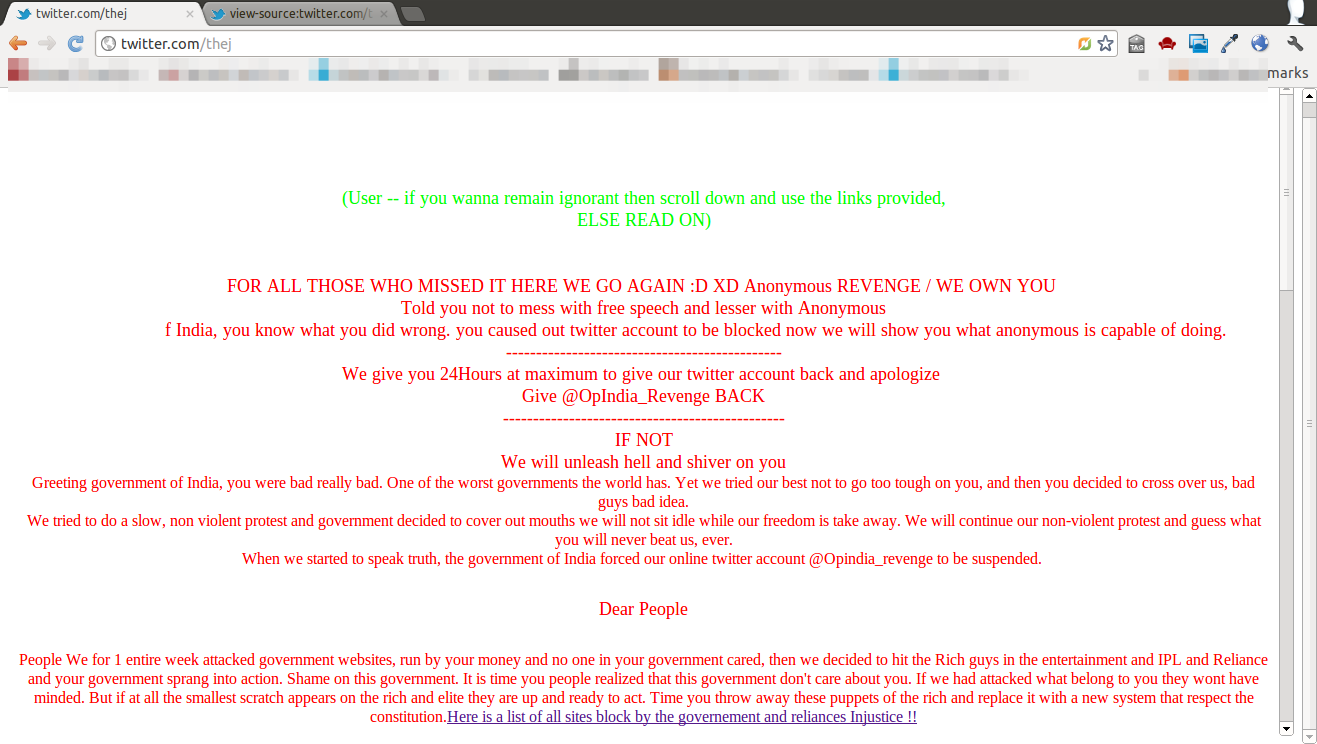 Of course I checked the source, its an iframe 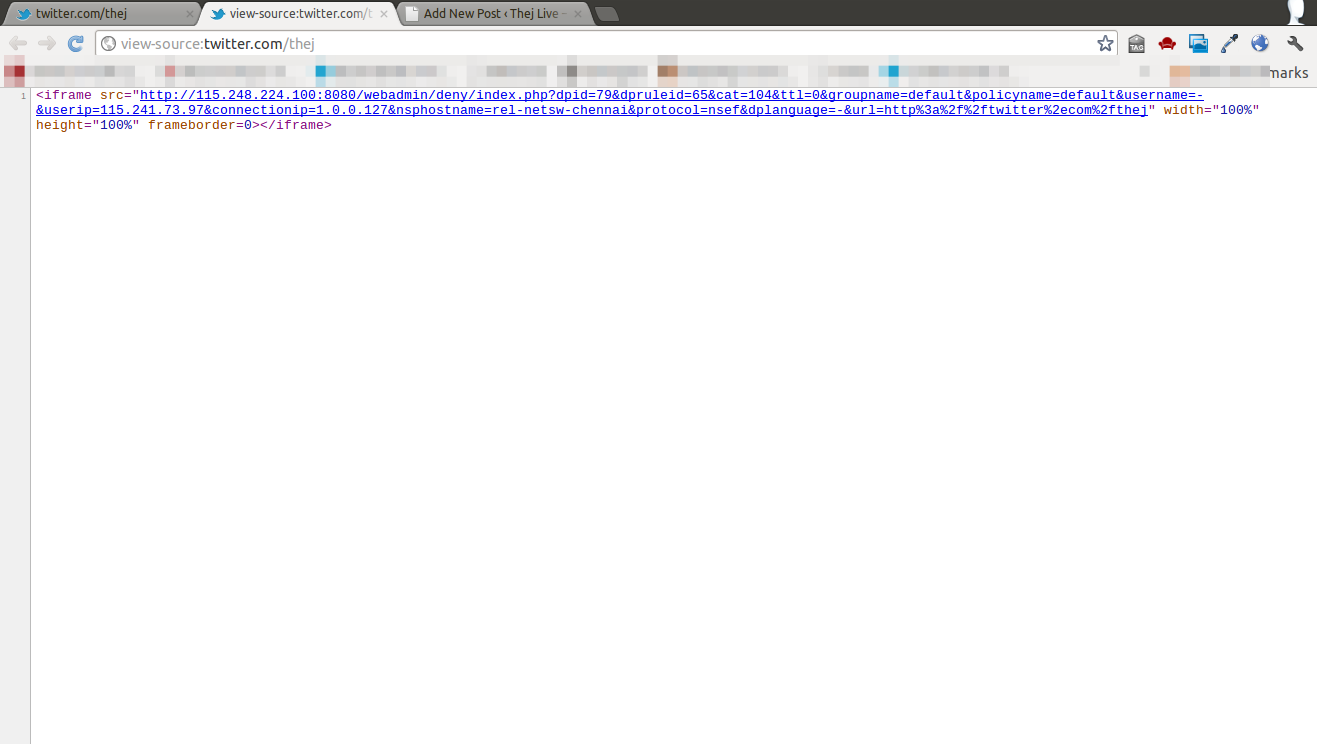