Book – Flatland: A Romance of Many Dimensions

If there is genre called Mathematical Fiction then this is my first book in that genre. Reading this 1884 book by an english school master is pure joy. It's an easy read. It explores multiple dimensions and comments on societal norms. 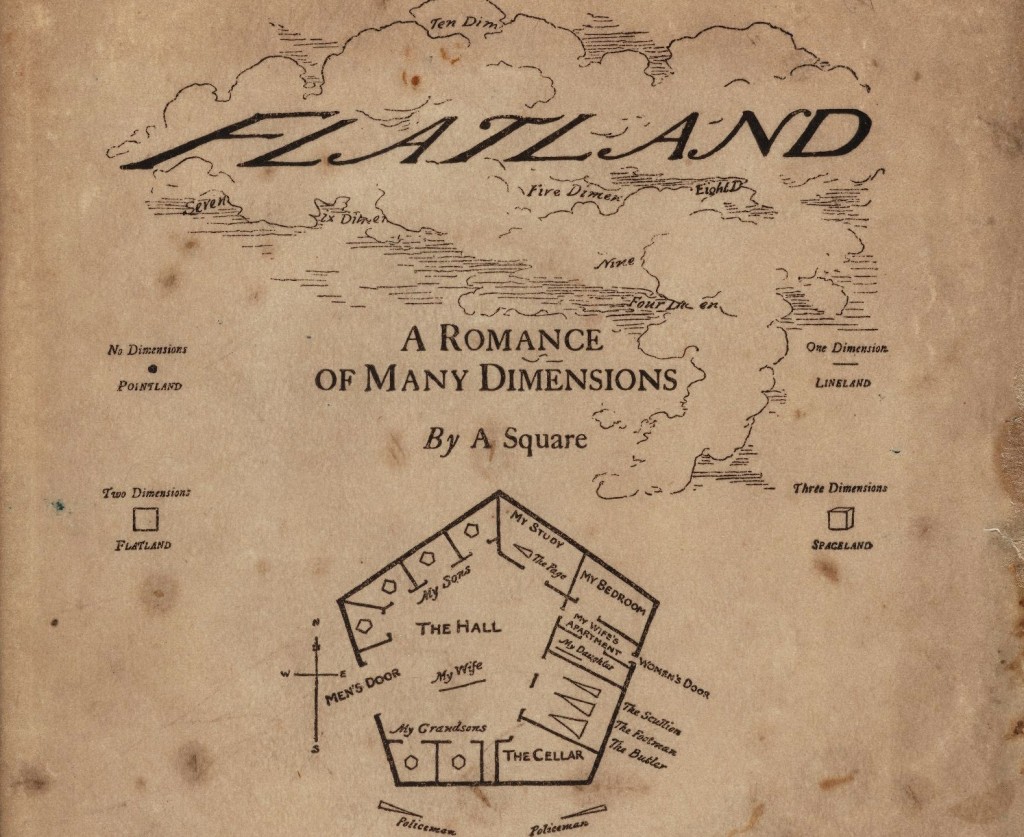 Its set in flatland (A two-dimensional world and hence flat) and narrated by a square, who belongs the middle class in the societal hierarchy of flatland. He introduces us to the flatland where social order of a human depends on no of angles he has. Hence the square is some what middle class, circle the noble class and women who are lines are at the bottom of the society. Also the population evolves by "Law of Nature" where a male child will have one more side than his father. Thus raising in the hierarchy of the society. Most of the first half deals with flatland, its physics, society and class hierarchy.

In the second half reader experiences other dimensions like PointLand, LineLand, three dimentional world as square explores them. The last few chapters deal with how the society treats him when he tries to teach dimensions to his fellow flatlanders.

Also, Flatland: A Romance of Many Dimensions is out of copyright and is available for free on Project Gutenberg. So no reason not to read it.

Some of my favorite quotes from the book are below

To my readers in Spaceland the condition of our Women may seen truly deplorable, and so indeed it is. A Male of the lowest type of the Isosceles may look forward to some improvement of his angle, and to the ultimate elevation of the whole of his degraded caste; but no Woman can entertain such hopes for her sex. "Once a Woman, always a Woman" is a Decree of Nature; and the very Laws of Evolution seem suspended in her disfavour.

Also how did I miss this xkcd?