On April 26, India launched its own satellite-based navigation system called the IRNSS, short for Indian Regional Navigation Satellite System. The objective: to provide accurate — better than 20 metres — location information to users in India as well as the region extending 1,500 km from its boundaries.

When the IRNSS-1G — the seventh and the final satellite of the system — was launched into orbit on April 28, India joined the esteemed club of just four nations with their own operational navigation systems.

For an open data enthusiast like me, the IRNSS was particularly exciting, because it provided a Standard Positioning Service (SPS), which was essentially location data that would be open for civilian use. It would give birth to new kinds of maps and Geographic Information System (GIS)-based startups. The SPS information could be used, for instance, to make accurate maps that could be useful during natural disasters like the Chennai floods or the Nepal earthquake.

On May 4, India’s Ministry of Home Affairs released a draft of a bill titled “The Geospatial Regulation Bill 2016”, and my bubble burst. The bill, if passed, is expected to regulate and license acquiring, disseminating, publishing, and distributing geospatial information.
What is that? The draft defines it as any “graphical or digital data depicting natural or man-made physical features, phenomenon or boundaries of the earth”, and any information related to “surveys, charts, maps, and terrestrial photos acquired through aerial or space platforms (satellites, aircraft, drones, etc).”

If the Geospatial Regulation Bill is passed, you can spend seven years in prison or pay ₹100 crore in fines for violation.

Violators can be slapped up a ₹100 crore fine, or spend up to seven years in prison.

Even though the stated objective of the draft bill is “to regulate the acquisition, dissemination, publication and distribution of geospatial information of India which is likely to affect the security, sovereignty and integrity of India”, it goes beyond protecting India’s external boundaries and security sensitive establishments. In fact, the draft bill is so overarching that it includes any kind of map use with respect to India.

Here’s everything that will suddenly be illegal if this bill is passed.

Seriously, you could go to jail for these actions.

Being a startup that relies on location services

Landing innocent people behind the bars isn’t the only thing that this new bill, if passed, could do. It would kill startups that use location services. Everyone from Ola to Zomato, from JustDial to Cleartrip, uses maps. And if you’re a brand new startup that provides services based on your customer’s location, you will need to use maps.

Now imagine getting vetted for every bit of GIS data you acquired or that was contributed to your service by a user — and having your license revoked if you don’t.

Within 48 hours after last year’s Chennai floods that killed over 500 people and displaced over 18 lakh, volunteers created an online map of the area to crowdsource the location of flooded streets from the residents. 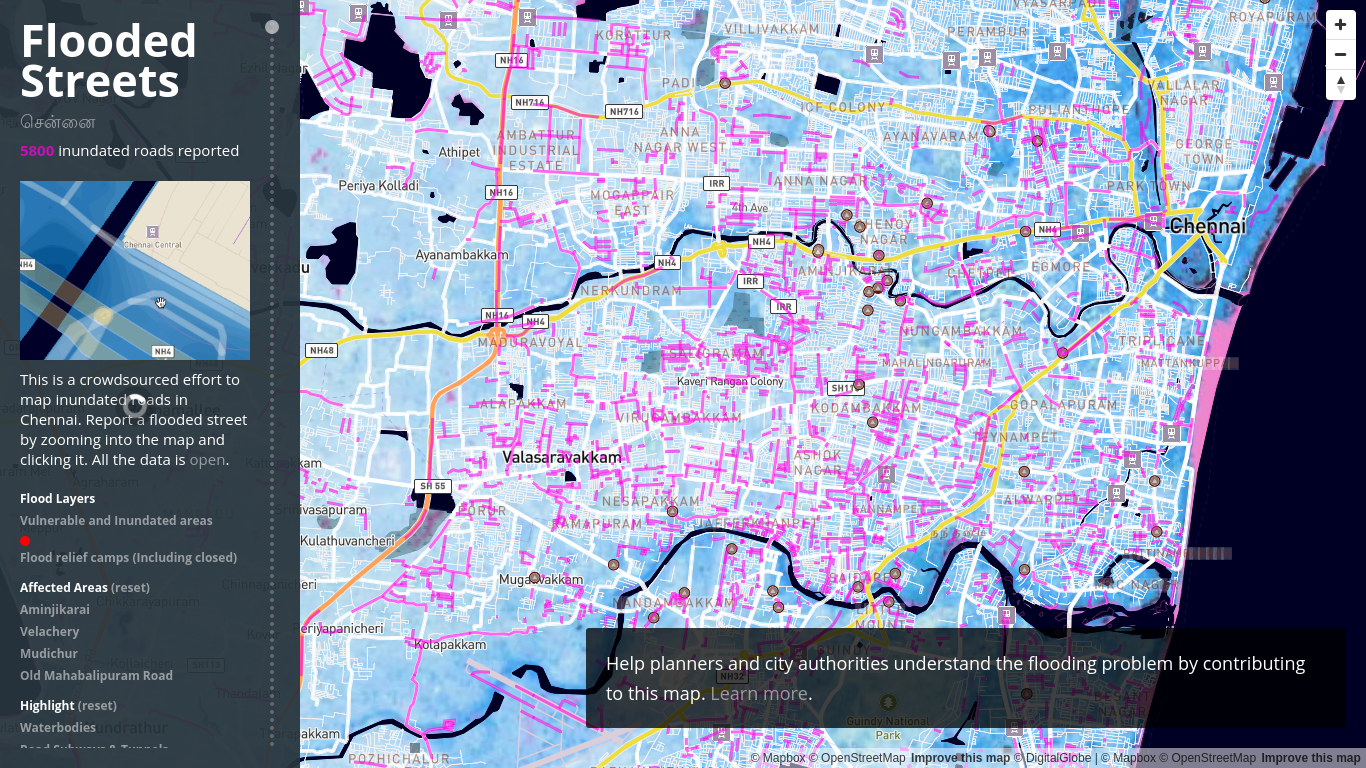 Over the course of a week, when the city was the worst affected, the tool was accessed more than 1.2 million times and had 14,000 reports of inundated street segments being reported in real time. The entire project and the data collected was open for others to improve upon and reuse for future events.

If the Geospatial Regulation Bill is passed, creating and publishing such maps will be illegal. 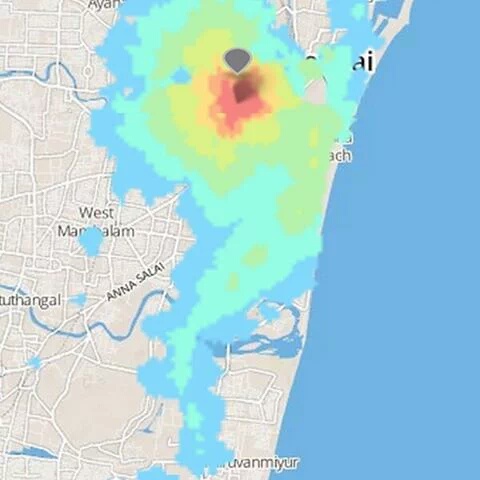 Ever heard of the India Biodiversity Portal? It’s a free and open repository of information about India’s biodiversity, and allows anyone to contribute and access information. The portal currently has 206 user-created maps that detail everything from the geographical spread of India’s butterfly population to its aquifers.

It’s a goldmine of data for researchers, policymakers, and students, and is endorsed by the government’s National Knowledge Commission to promote decentralisation, transparency, the right to information, and participatory action.

But if the Geospatial Regulation Bill comes through, actions like community collecting, aggregating, visualising and publishing this kind of location data could be illegal.

Here’s another example. For any research to have practical applications, information needs to be presented in a way that’s understandable to a common man. Maps are a great way to do it. The map of Chennai below, created by transport researcher Srinivas Kodali, depicts how far one can travel in Chennai from Chennai Central station using suburban trains.

“This law affects every aspect of my research work,” he says. “I won’t be able to publish the raw data I used for by research, and I can’t present my results visually. I use historic transport maps of cities to study transit history, and now, I can’t share old bus and tram routes in digital formats.”

Newspapers have been publishing map-based visualisations for decades, and with the rise of online publishing, using interactive maps to visually represent something has become even more powerful. Check out this story on Scroll about India’s severe water crisis, for instance.

If every map had to go through a licensing process, this this kind of storytelling will die in this age of real-time reporting.

The potential unintended consequences of the draft are enormous. The draft bill, if passed, not only goes against Startup India and Digital India, the government’s flagship programs, but it also kills any research and development based on geospatial data in India, a new area of science that holds a lot of promise.

This post first appeared on FactorDaily. Edited by Pranav Dixit. To send your responses to the ministry please go to SaveTheMap.