So basically something that is so generalized that anyone can get it. Sometimes that generalized fact doesn't need a debate. On the contrary "Sense" needs more knowledge, debate and arguments. If one thinks that the debate ends at "Common Sense" then he is missing nuance. This is probably what's happening in today's political discussions. 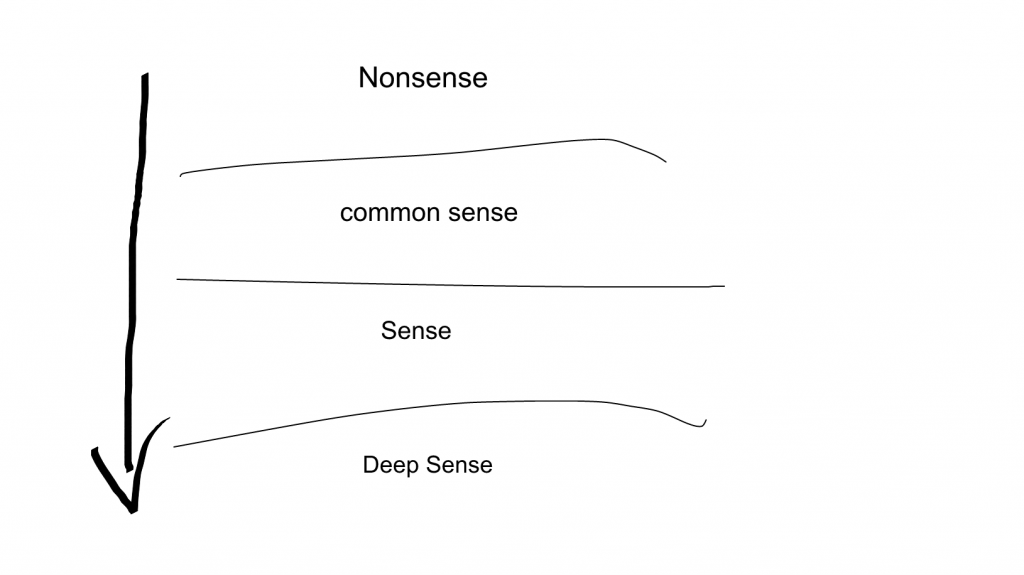 Common Sense is just the tip

Let me give you an example. While debating about privacy, politicians across the world 2 come up with statements like "If you've got nothing to hide, you've got nothing to fear". It appeals to public's common sense. But does it make sense? No one asks that question. Mostly because then one needs to get into subtle details, check them and then conclude. It needs a lot of time and effort. It makes one read more. It makes them reach-out to knowledgeable people. Ultimately with knowledge one might end up on the other side. Hence the reluctance to go beyond common sense.

So these days when someone brings up "Common Sense" facts as the greatest truth, I end the conversation.