I did some recordings of Panchavadyam (Temple Orchestra) at Sri Sankarankulangara Temple festival (chuttu valakku) in Thrissur.

Panchavadyam (Malayalam: പഞ്ചവാദ്യം), literally meaning an orchestra of five instruments, is basically a temple art form that has evolved in Kerala. Of the five instruments, four — timila, maddalam, ilathalam and idakka — belong to the percussion category, while the fifth, kombu, is a wind instrument.

Much like any chenda melam, panchavadyam is characterised by a pyramid-like rhythmic structure with a constantly increasing tempo coupled with a proportional decrease in the number of beats in cycles. However, in contrast to a chenda melam, panchavadyam uses different instruments (though ilathalam and kompu are common to both), is not related very closely to any temple ritual and, most importantly, permits a lot of personal improvisation while filling up the rhythmic beats on the timila, maddalam and idakka.

If you are listening to this on a podcast player; visit the web page to listen to another track. It's part of my effort to record my surroundings. I hope you like it. Let me know what do you think. 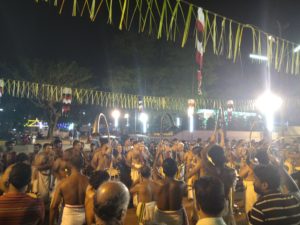 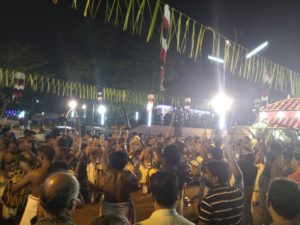 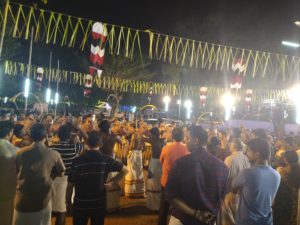 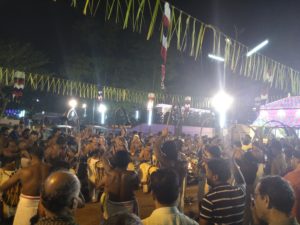