Tejasvi, Kaanooru HeggaDathi, Surving Everest and Peru are on my list

When I first met Sri Tejaswi at Bangalore University I didn’t expect him to know so much about computers. He had so many questions for me. He was interested in everything from Windows to Linux to Free and Open source software. So I had good time talking to him about software and Open Source in special.  By then I had read lot of his books like Annana Nenapu, Andamaninalli Alemari and many more travelogues, shikari stories. I was fan of him since my high school days.

After few months through a friend of mine I got a call from him to visit him at his house. That was very surprising. I met his that evening for tea. I got this autographed book Annana Nenapu. We casually talked about everything including computers, books, Kannada etc. Mean time I told me how much I like his travel stories. That is when he suggested me to read Kanuru HeggaDathi by Kuvempu. He told its story of malenadu (Western Ghats) than Subbamma. It also became an award winning movie with Tara as Subbamma. Today at Infy we are celebrating Rajyotsava. As part of celebration we had book show. I picked up Kanuru HeggaDathi almost 3 years after that suggestion came. Better late than never right?

In the same exhibition I picked up another travelogue called Peruvina Pavita Kaniveyalli (In the holy valley of Peru) By Nemichandra. Its travelogue by Nemichandra and her friend Malathi of Peru. These ladies are amazing adventures spent a month or more in Peru and Amazon. 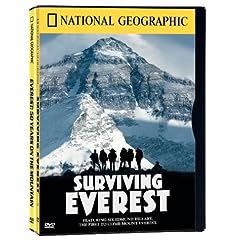 I have them on my list now. BTW before buying the book I read the foreword by Nemi. It was Amaranath from Classic Tours who helped them in getting the visa of Peru and Brazil. To my surprise it was same Amaranath who helped me in getting Dubai visa and Europe tickets. Thanks Amaranath.