Last week was little crazy. I actually couldn't find time to do the things that I would like to do on a Tuesday But met couple of interesting people from the internet. I must say the open data scene in India is opening up. BTW if you are interested in Open Data Scene in India. I run a weekly blog series called Open Data India Watch, subscribe to it :)

Tuesdays are my 20% project days. Even though sometimes I may not do things on Tuesday and do it on other days. Its still a HappyTuesday project.

I found time to explore my new watch TI EZ430. It's not very powerful in terms of cpu or memory. It's an advantage as much as it's a challenge. It has a good battery life, it runs on a commonly availabe coin cell lithiumb battery - CR2032. It's Based on the CC430F6137 <1 GHz RF SoC, with 96 segment LCD display and has integrated pressure, temparature, battery sensor and 3-axis accelerometer for motion sensitive control. It has 8kB of internal flash memory for data logging and about 5kb for user programs. I just booted the watch this week, synced the time and tested the accelerometer this week. I have listed the details about installation and running below for starters. 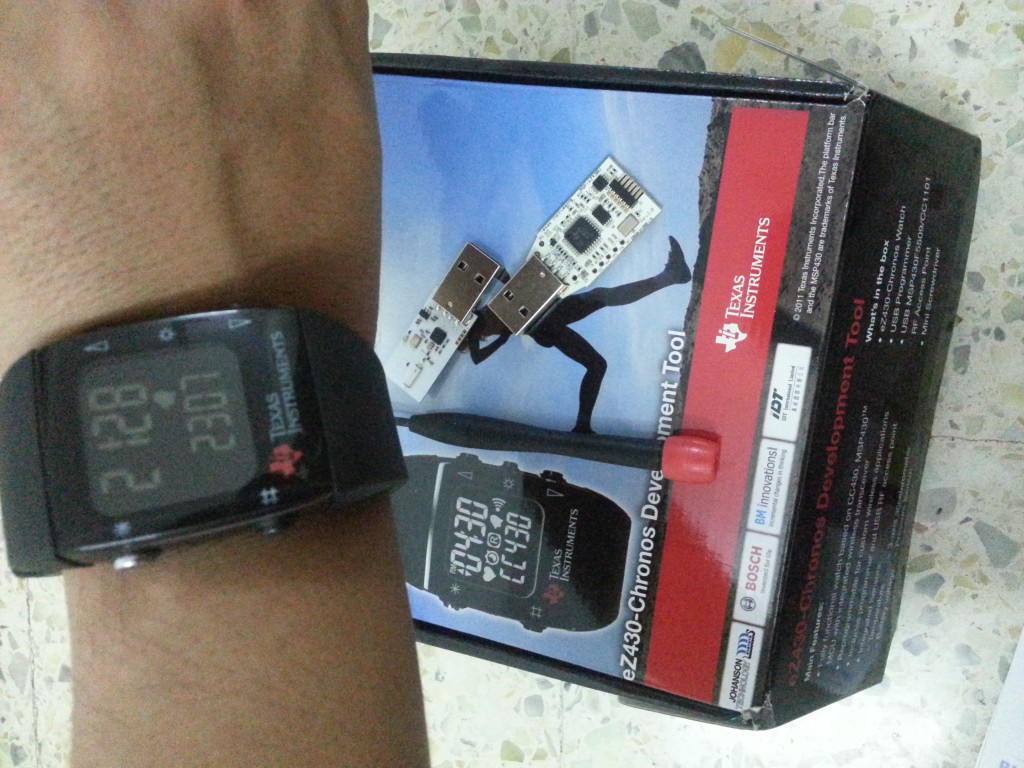 You can download the drivers and software required for linux. Follow the steps below to install on 64bit computer.

Once the installation is complete. Attach the RF transmitter to your computer USB and check if everything is fine.

The code above shows that device is running at "/dev/ttyACM0". If you see that the RF Access Point gets assigned to a different device (e.g. ttyACM1), either remove the serial device that occupy this slot (e.g. a modem), or change the script file variable "com".

Now go to accelerometer tab, start it and shake the watch to see if ts working fine. 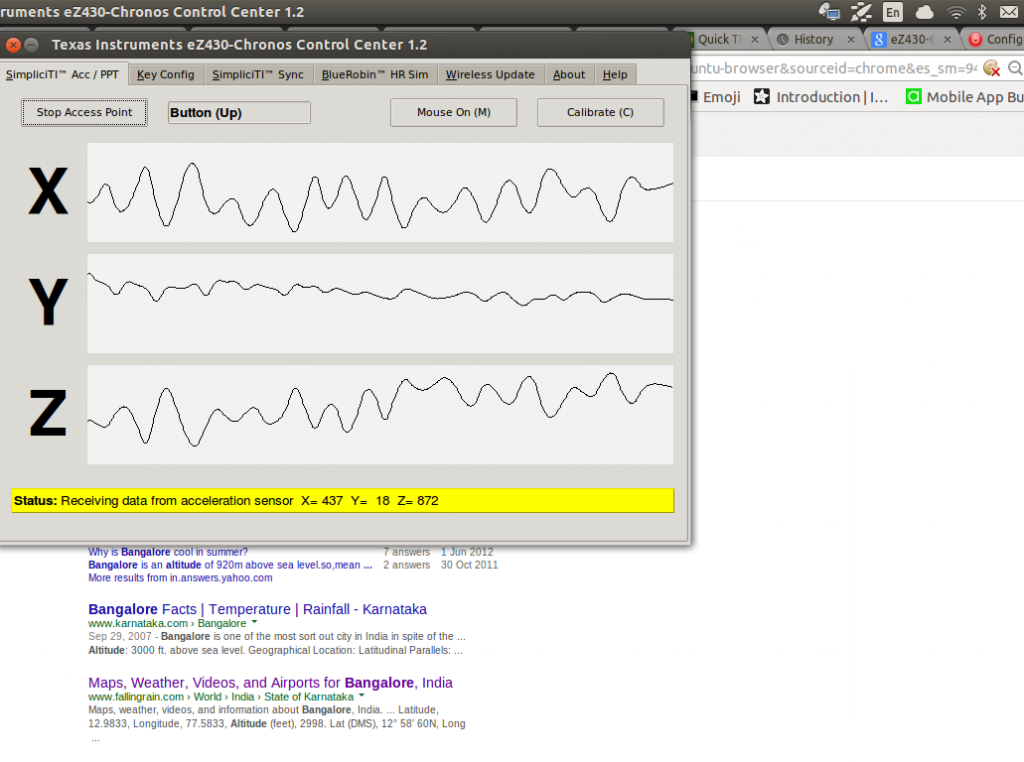 Next I will try to write some python code to send & receive data from the watch. Also want to try a new firmware, but may be later.