As you know I have been experimenting around Bluetooth. Until now it's mostly on Bluetooth Low Energy (BLE) which I think is much easier to understand and implement[1 At the application level]. Last few weeks I have been exploring the Classic Bluetooth, specially Serial Port Profile (SPP). This is when I found out the existence of HC-05. Once I found I figured how much popular it is in the maker community. Mostly because of its ease of use.

HC-05 is Bluetooth SPP (Serial Port Protocol) module which gives a transparent wireless connection to an existing serial port. In simple words if you have a wired serial port, you can just connect HC-05 to it and then you can access the port wireless using Bluetooth. Generally makers use it along with Arduino to make its UART wireless.

HC-05 has two modes - Command Mode to configure the module and run mode to run it as a Bluetooth SPP. To get to command mode you need access to its wired RX/TX pins, you can connect to it using any other Device and send commands. In my case I use NodeMCU(ESP8266) to connect to it and send commands through Arduino IDE's Serial Monitor. The Program is simple. I just took the code from Martyn Currey and modified the pins to work with NodeMCU. Make sure to have installed NodeMCU libraries in the the Ardunio IDE and select the Board NodeMCU. I used NodeMCU because it operates at 3.3v volts which is same as HC-05. If I use Arduino board then I need to add level shifter. 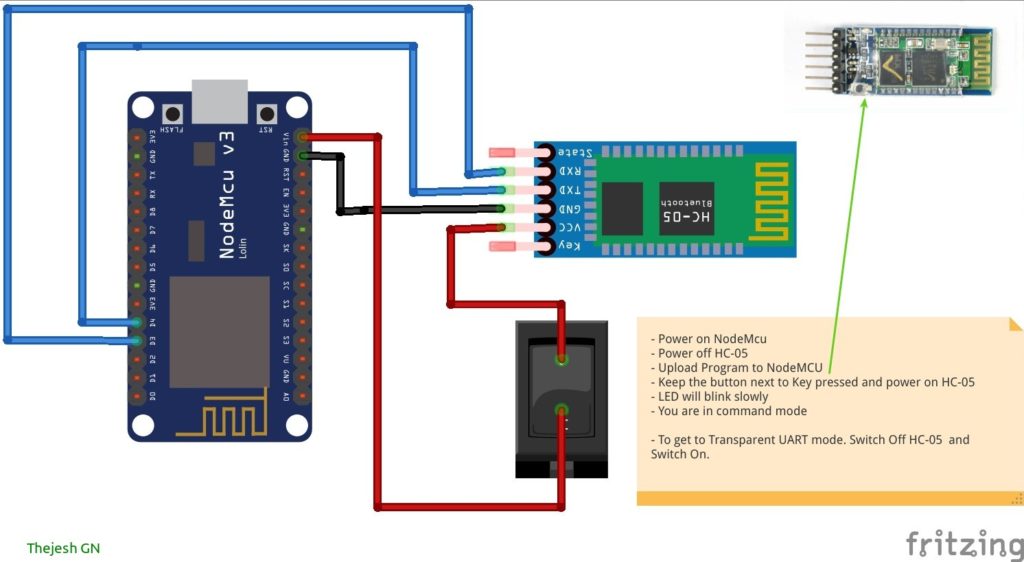 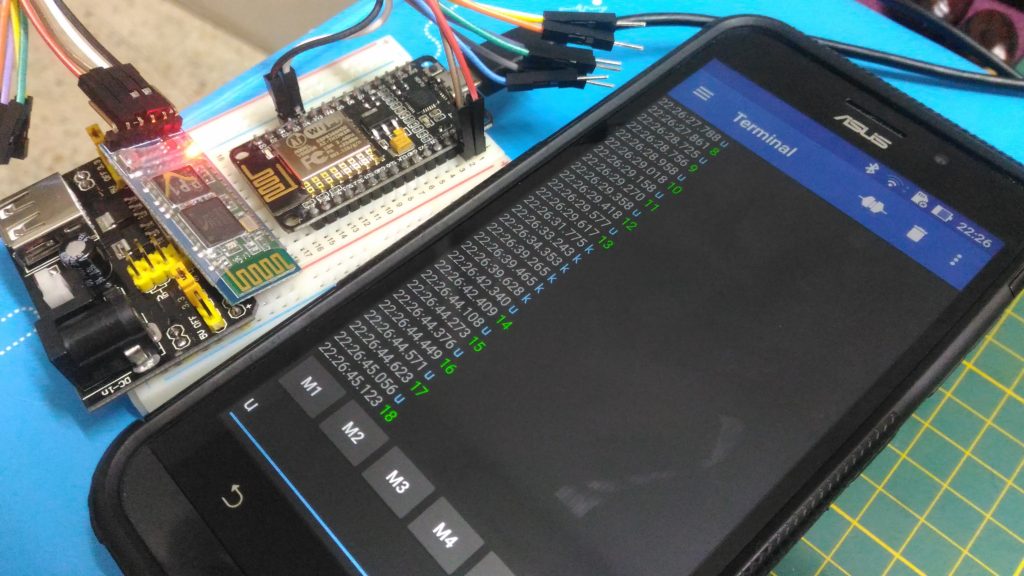 NodeMCU responding back to commands sent over bluetooth SPI

Somewhat real world example. Where when NodeMCU receives character 'u' from the Bluetooth SPP in NodeMCU (on pin D4, RX). NodeMCU will increment the counter and send the counter value back. If you send anything else NodeMCU won't respond. We can use somewhat similar logic to send commands to NodeMCU using Bluetooth App.