In my fourth semester of engineering I built a logic analyser mostly using analog components and parallel port. After that I had not thought about one. But for last few weeks I have been dabbling with reverse engineering some signals. A logic analyser comes in handy for that. I really wanted to buy a 8 channel Saleae Logic 8, but it's not available in India and I forgot to get one last time I was in USA. So I settled for a Saleae Compatible, very affordable, Chinese made logic analyser. It doesn't have a name. Just says "Logic Analyzer, 24 Mhz, 8CH", somewhere on the vendors site says Saleae compatible. I was going to use Sigrok/PulseView on my Ubuntu anyway. So the only question was if this hardware is supported by Sigrok. Since Sigrok supports lots of Saleae compatible devices. I was sure this one would work. 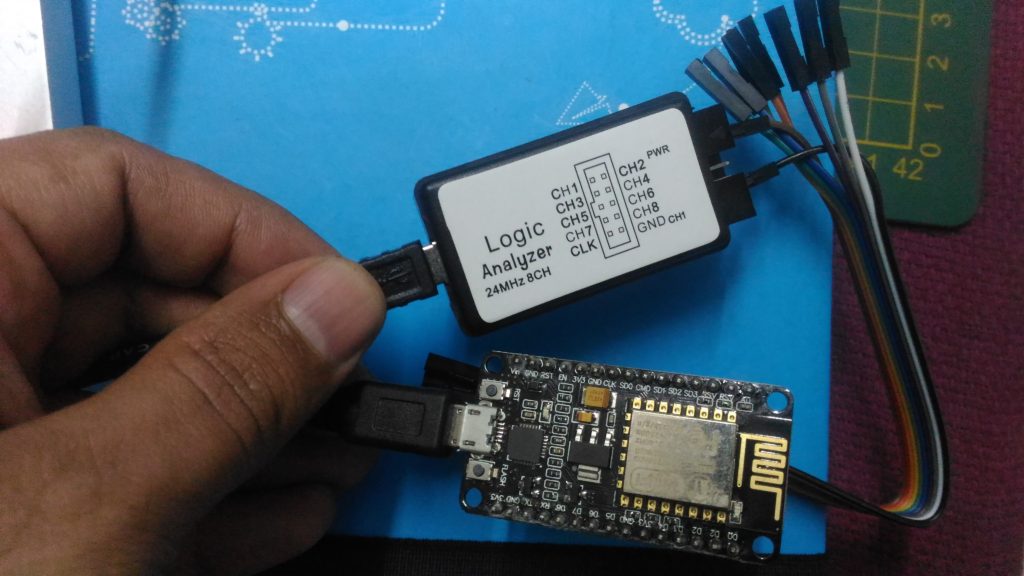 Installing Sigrock/PulseView was straight forward. Install the sigrock package for Ubuntu1. It will install everything required.

Once you install, connect the logic analyzer to USB port. start the pulseview by running the command pulseview. In the UI, go to File - Connect to Device. On the screen select driver as fx2lafw and scan devices. Your device should appear. If not just unplug and plug-in again and scan. It should appear. Mine appears as Saleae device. Select the device. 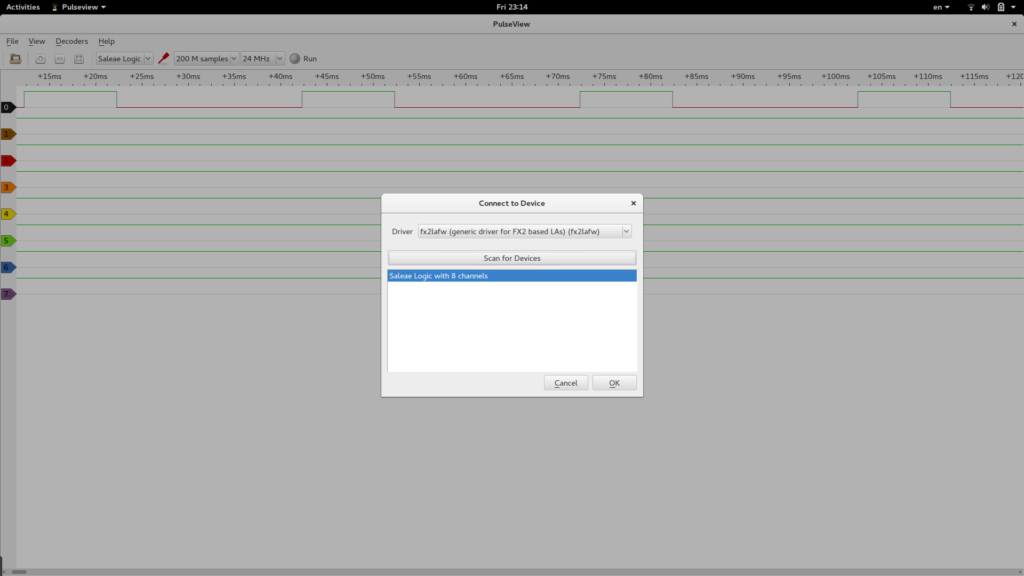 To test I wrote a simple program to give me a pulse of 10ms HIGH and 20ms LOW signals. 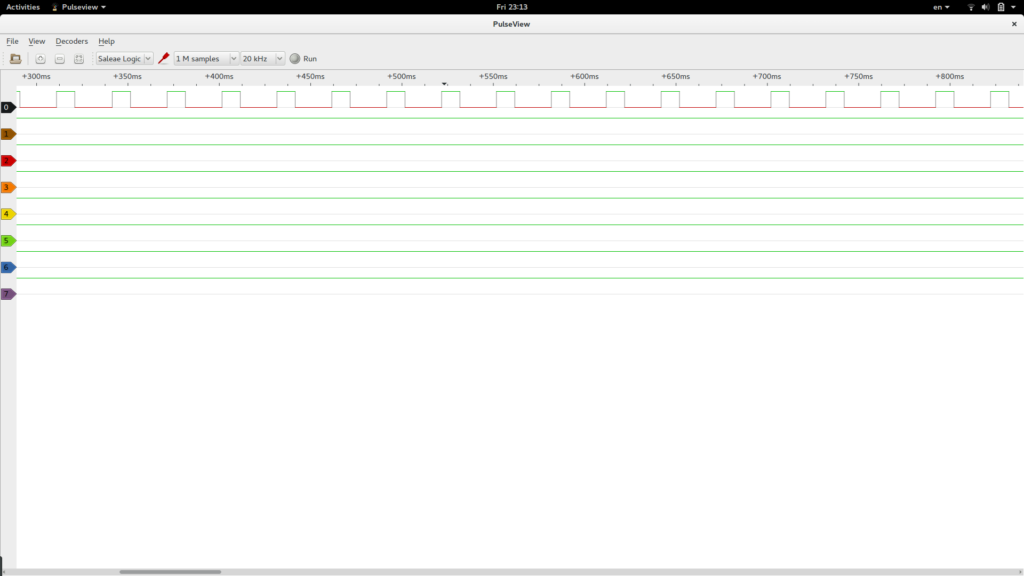 At 24MHz (Highest capturing rate), I had to capture a lot of samples as the signal is too big (or slow?). 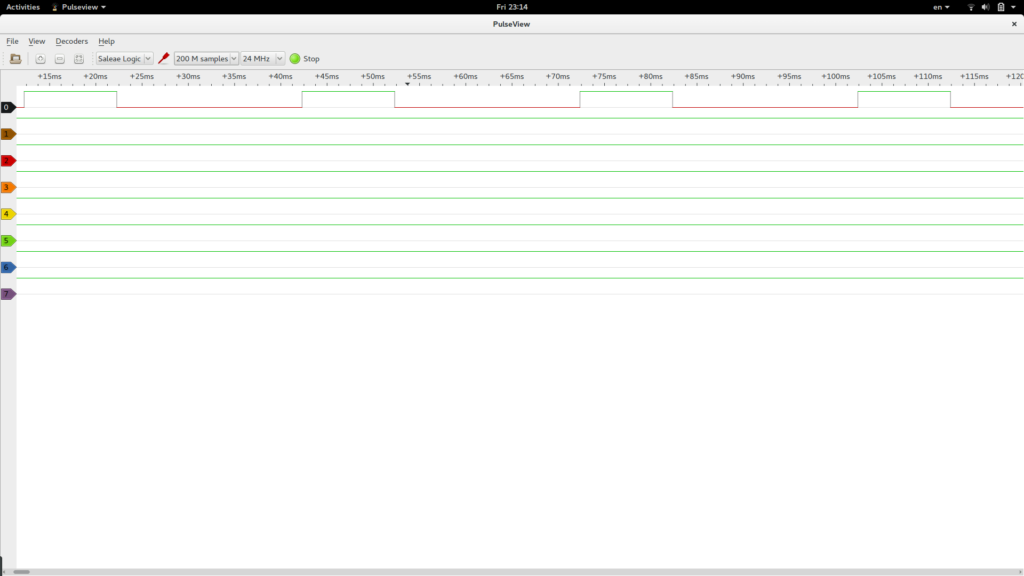 Looks like everything is working well as of now. But these are just preliminary tests. I really want to use built in protocol decoders. I will use it with one of them and update you with the details.

Also if you are in USA and visiting India soon. Let me know. I really want that Saleae Logic Analyzer.