Almost Everything You Need to Know About Kannada Transliteration

Wikipedia says Transliteration is a type of conversion of a text from one script to another that involves swapping letters (thus trans- + liter-) in predictable ways.

For Kannada we usually use Latin letters to represent1 Kannada script. Most of the time this conversion is based on phonetic similarity. It sounds simple but not really. There is a lot of confusion as no one learns this formally. Most of us learn by experimenting with phonetic typing or go by intuition. There are others ways to do it too. These are the notes I made while learning about it. 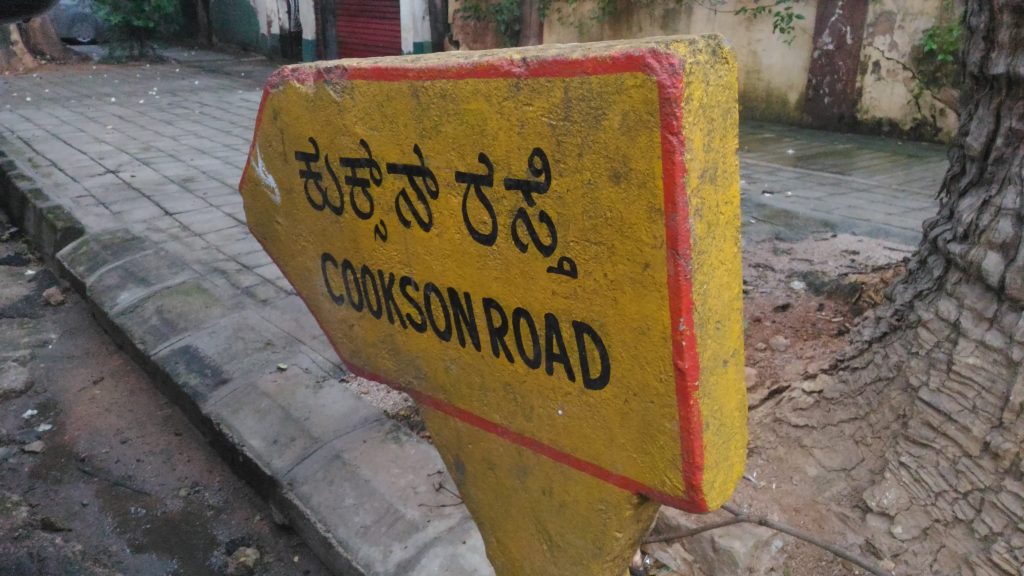 Street Name Signs in India is usually dual language. The English part is a transliterated version.

There are quite a few standards or conventions involved from naming the language, to script, to transliteration. Here are the few that matter

At this point in my opinion ISO-15919 seems to be the winner for Kannada Transliteration.

TODO: As far as I know Kannada is very phonetic. So I think there should be a direct match between ISO-15924 and IPA.6

Unicode CLDR aka Unicode Common Locale Data Repository Project by Unicode Consortium that provides data building blocks to support languages. This makes it easy for the software engineers to add internationalization and localization support or build sorting, transliteration features. All kinds of companies small and big use these libraries to add language feature to their products.

ICU (International Components for Unicode) is a set of open source C/C++ and Java libraries providing Unicode and internationalization/localization support for software applications. There are wrappers for other languages like pyICU for python.

The Latin - Indic transliteration chart is available if you prefer to use it and there is also just Kannada ISO-15915 mapping available for download in pdf format. I am embedding the same below as its useful.

Transliteration in Kannada is mostly used for inputting (or typing). Given the popularity of Latin (English) keyboard, it's probably the most easiest way to do as well. Since Kannada8 phonetic its easy even for the new users. Being phonetic has a benefit, we can read (pronounce) the transliterated text almost correctly9. You would see most boards using transliterated text for places, names etc. They use the most simplified format and hence sometimes confusions exist while pronouncing. For example

But given correct transliteration10, it can be pronounced correctly to a great degree. But the current romanized spellings are part of official documents11 for a long time now and it's not worth changing. But we need to adopt to this for newer names and boards, like for example movies, songs etc. Specially if you are planning to go international.

How to type Accents and Symbols

It has become easier than before now to type accents and symbols, required for say maḍivāḷa. On Android and iOS - press and hold "a" you will get various choices for a including "ā" in a popup overlay then you can choose. It works on all inbuilt keyboards.

You can find the big list of compose key shortcuts here.

I have not used Windows in a long time. This Microsoft tutorial seems to say it's easy.