This morning I was trying to print some maps in Kannada using Marble. Then to my surprise1 I found Philippines in English, which means there is no Kannada translation available. Then ran a simple query on Overpass to see the missing Kannada country names. 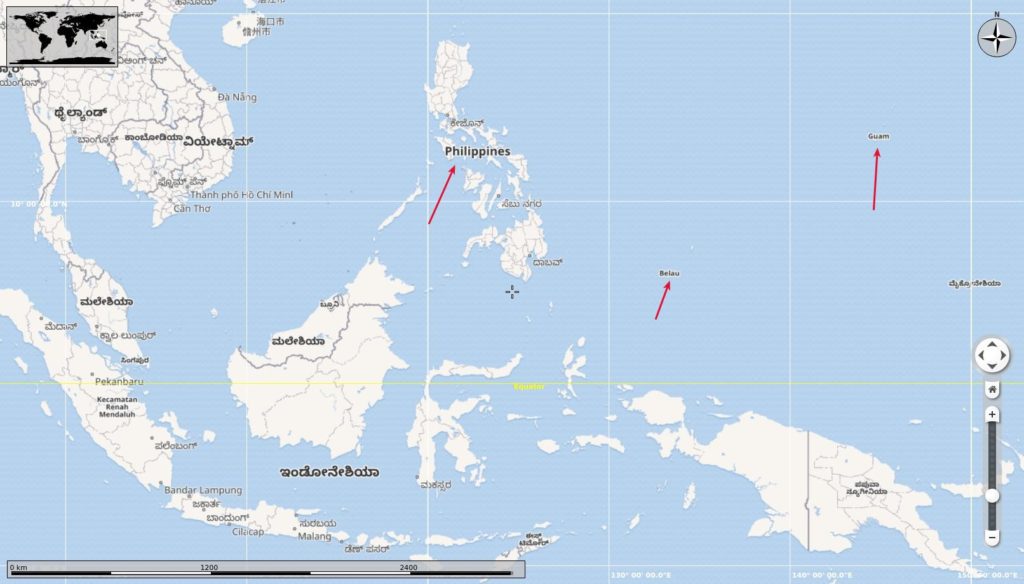 The query prints the details in CSV format (separated by |) of all the nodes tagged with place as country. The results weren't surprising there were about 20 countries, mostly small except Philippines and Taiwan which didn't have Kannada names. I took next 10 mins to translate it. 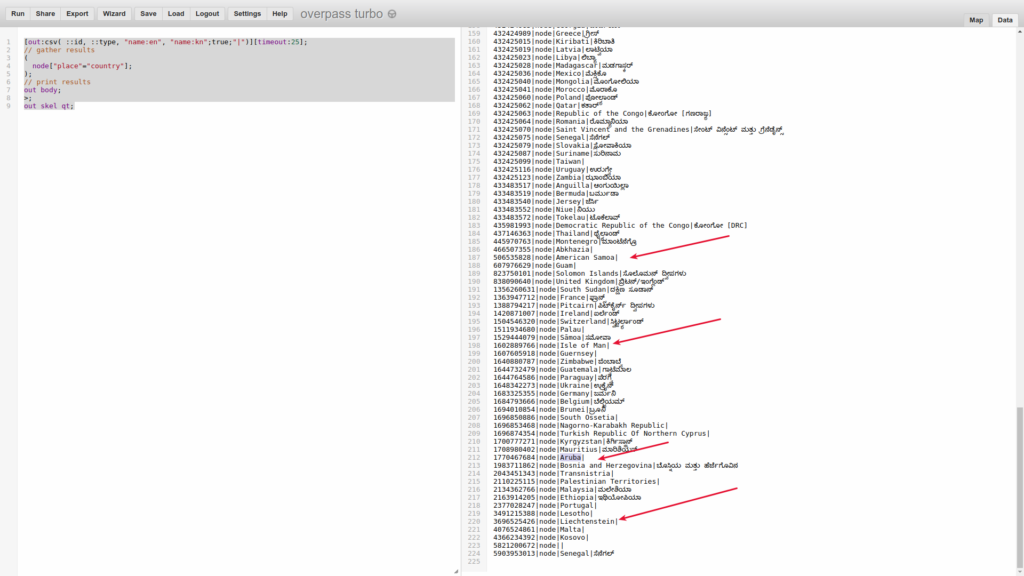 After this effort I am wondering if this is a good way to get administrative names translated for India region. We can start with State names, then district, taluks and at last villages. A Kannada map with all the administrative names in Kannada will be of great help in schools and government related work. What do you think?