We got up late and hence we postponned trekking again. So we thought of visiting Hallim Park which hosts Lava Tube Caves. Natural wonders, two dimensional caves formed due to the lava from mount Hallasan. Hallim park is about 80 acres of park which also contains Hyeopjaegul and Ssangyonggul Caves. The park is west of Jeju City and Mt. Hallasan along the beach. We caught a bus. It was raining a bit, since we were exploring a cave it didn't matter much. 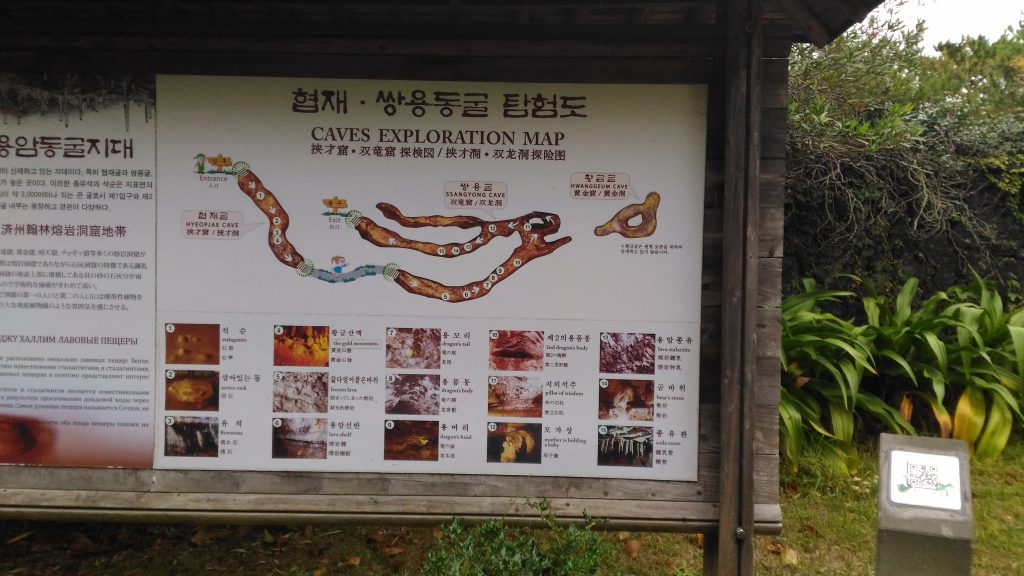 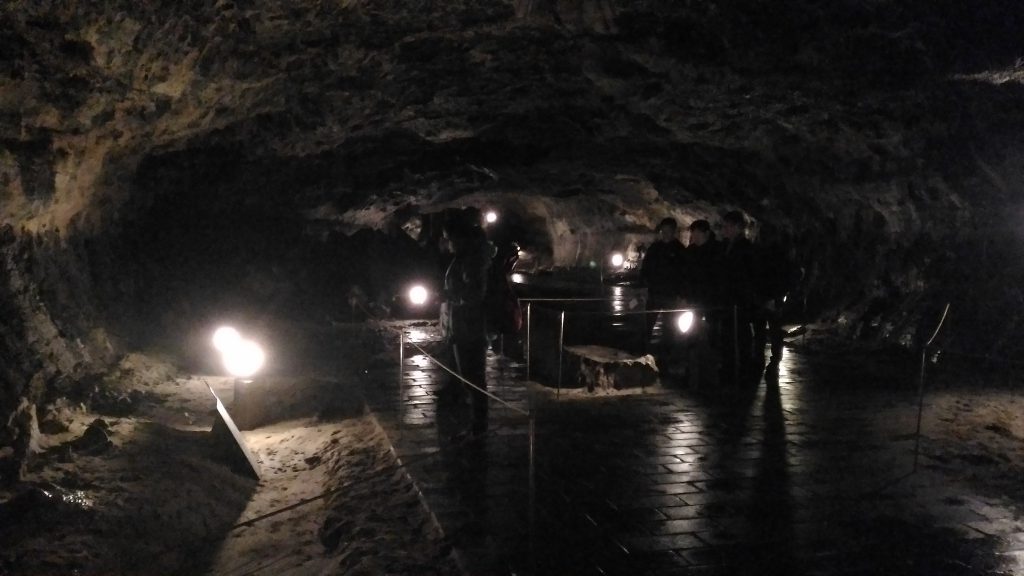 Caves are quite dark and cold. Thank fully there is enough artificial light.

Hyeopjaegul and Ssangyonggul Caves are some of the lava tube caves in Jeju. Ssangyonggul a designated Natural Monument of Korea. This cave is 400m in length, 6m in width, and 3m in height. Its created by lava that erupted from Hallasan Mountain some millions of years ago. Hyeopjaegul cave is around 200 meters in length and its very close to Ssangyonggul. Its created by again lava from Hallasan. This cave uniquely contains features of both lava and limestone caves. Its Korea’s natural monument No. 236. 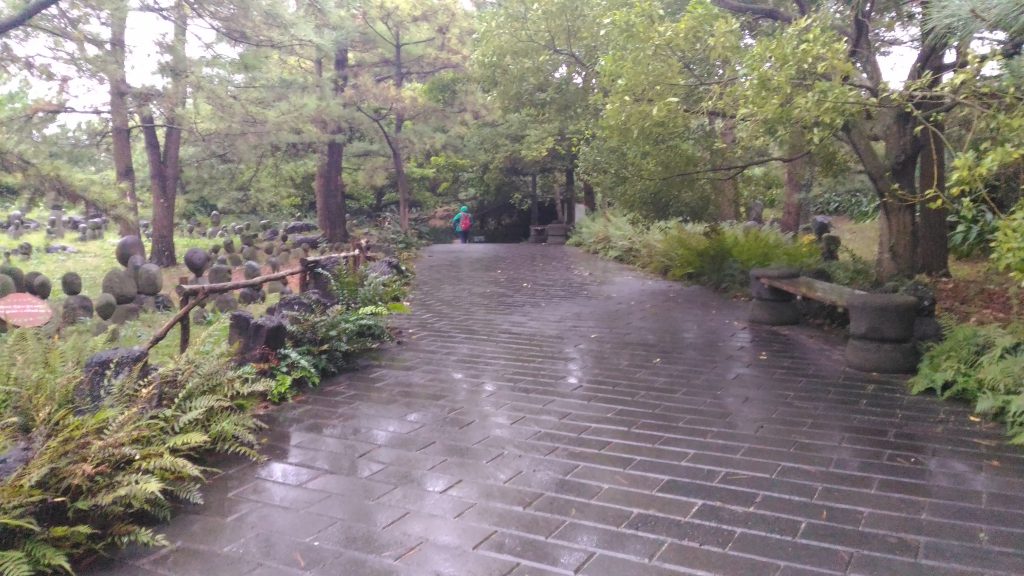 Walking path between the caves 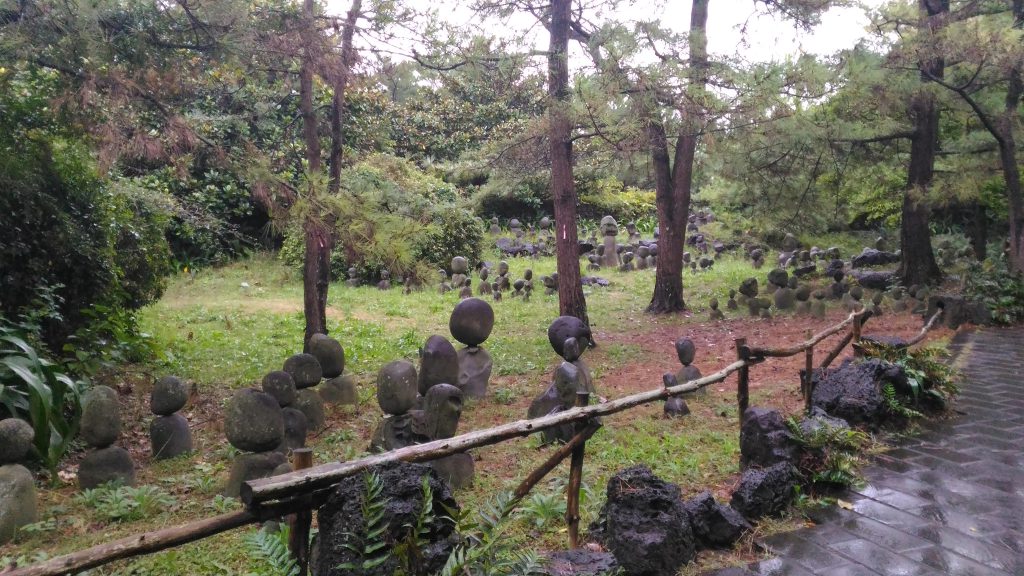 This was my first time inside a lava cave. Its beautiful, silent and cold inside. You could see solidified molten lava. It looks like solidified candle. Hyeopjaegul and Ssangyonggul so close to each other that they seem to be part of one big cave. We took a couple of hours to explore these. 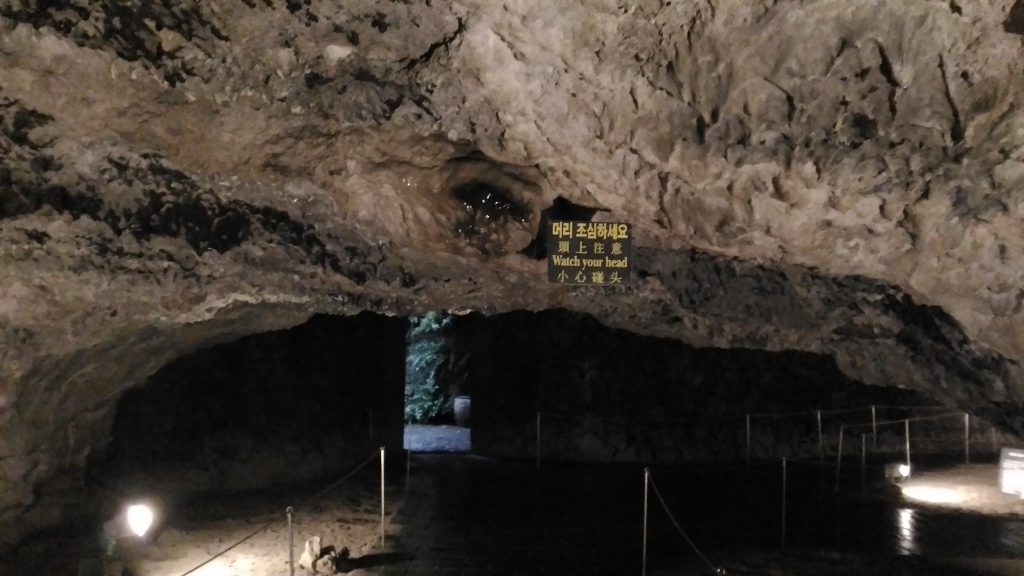 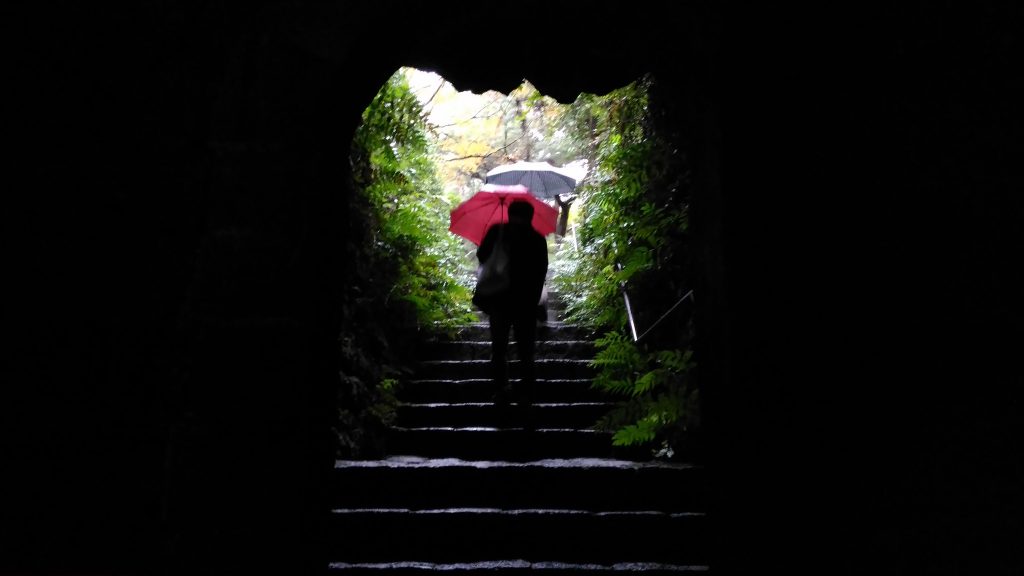 Hallim Park also has many other things, the one I really liked was Bonsai park. 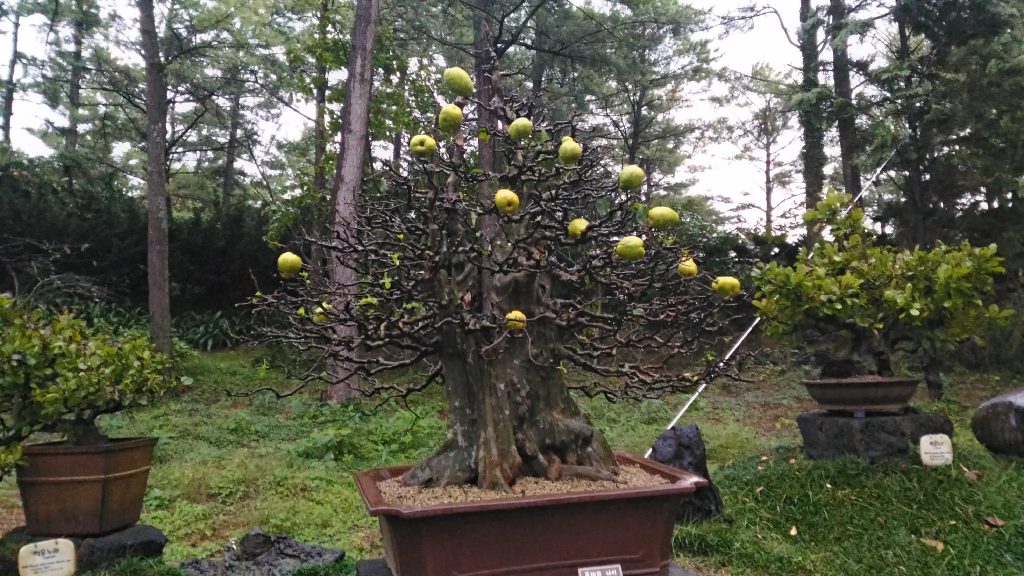 One of hundreds of bonsai

By this time the drizzle had become heavy so we ended our walk quickly. Later in the day we took a long bus ride to Pork Street to eat local delicacy Jeju Black pork. We went to Hwaro Hyang which is on Pork street. 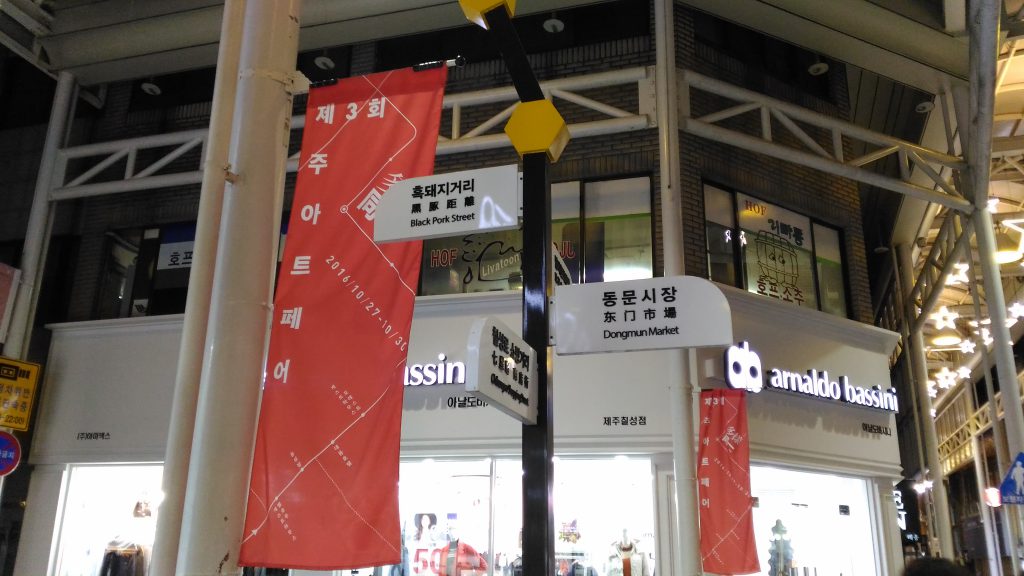 Pork street which is also part of Jeju Olle walks 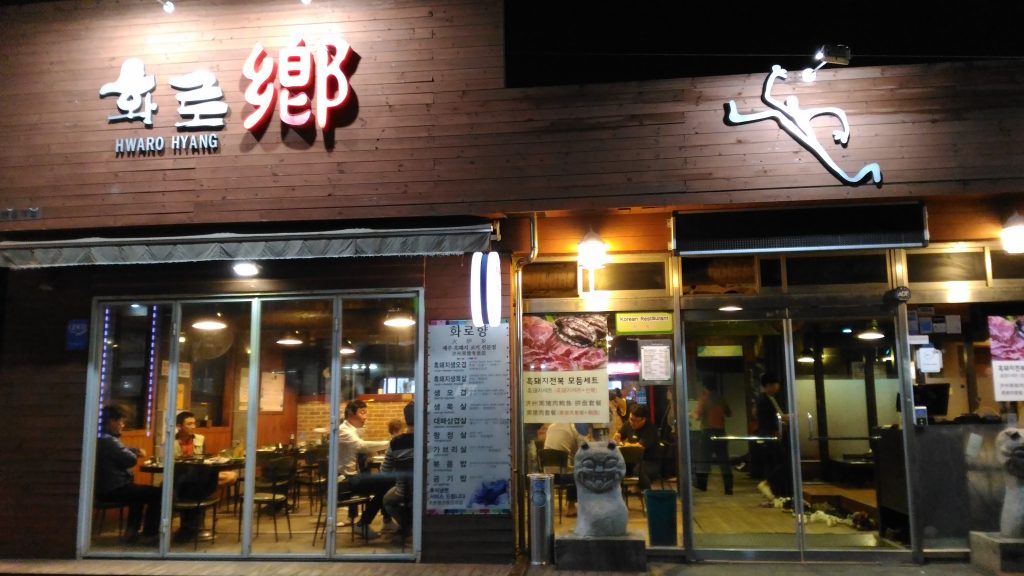 화로향 Hwaro Hyang
is inside Jeju city and is known for black pork dishes.

Of course like any other eatery in Korea we didn't know what to expect. But the waiters were very helpful, they helped us in picking the dish and in cooking it. One of them even showed us how to eat. They were very friendly and superbly helpful. 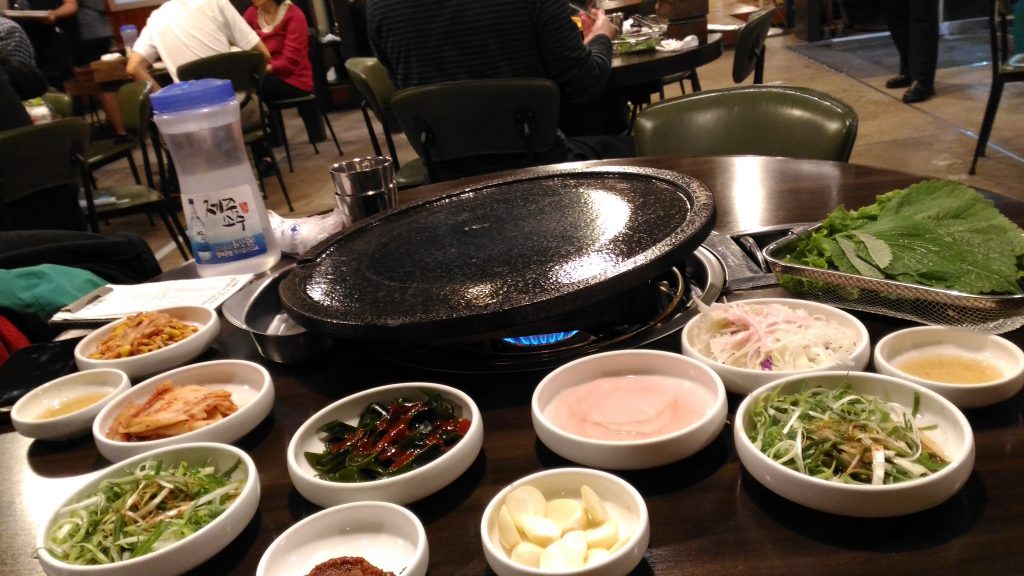 That is how the table is setup and now we are waiting for pork. 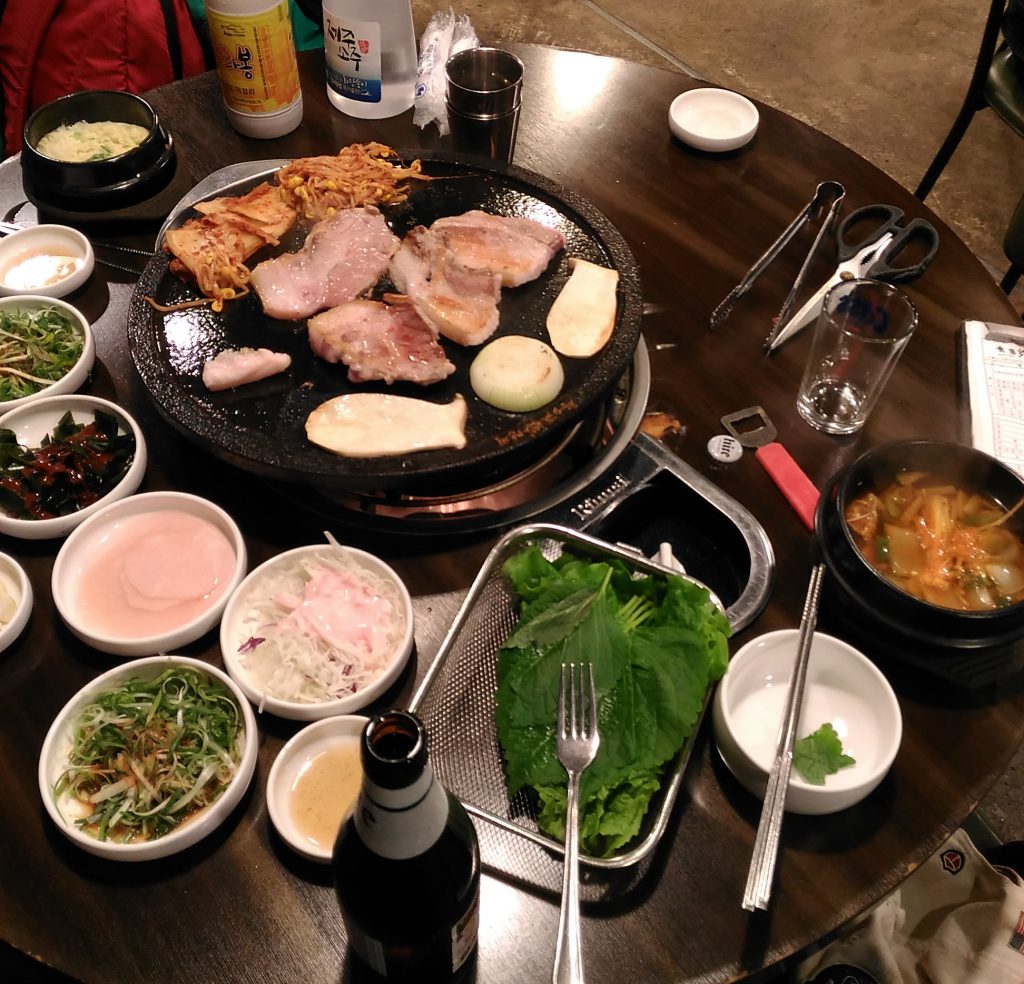 Dish made up of Black pork

It was already late, so we took a bus to Seogwipo. But by the time we reached Seogwipo, it was too late and we didn't see next bus or any taxis. Our stay was at least 3 KMs away. So we started walking, but very soon we got a taxi and reached home in no time.