Since the beginning of Data{Meet} maps have been hottest discussion subjects. Data{Meet} community has contributed to various maps over the years. But Data{Meet} is a small part of much bigger mapping community in India. This community has created a variety of free and open maps in India which institutions have failed to deliver with all the resources available to them.

The maps created by this amorphous, volunteered driven community are Free1 and Open, and available to every one. They have been responsible for building basic mapping infrastructure in India. I call these maps "Community Created Free and Open Maps of India". In this post I would like to introduce such community projects.

For any mapping work to kick-start we need a basic layer with roads, train tracks, buildings, parks mapped. OpenStreetMap is probably the biggest community contributed source of such information. Over the years OSM has become the go to source for base layer. The data is available under an Open Database License.

OpenStreetMap is built by a community of mappers that contribute and maintain data about roads, trails, cafés, railway stations, and much more, all over the world.

OSM movement started very late in India. Mostly due to lack of GPS devices. The initial mapping was mostly based on tracing. But with the falling price of smart phones the contributions have increased. In last 10 years, OSM in India has grown from nothing to a good source of GIS information. In the picture below you can see the growth of mapping in Bangalore, in 2007 there was hardly anything. 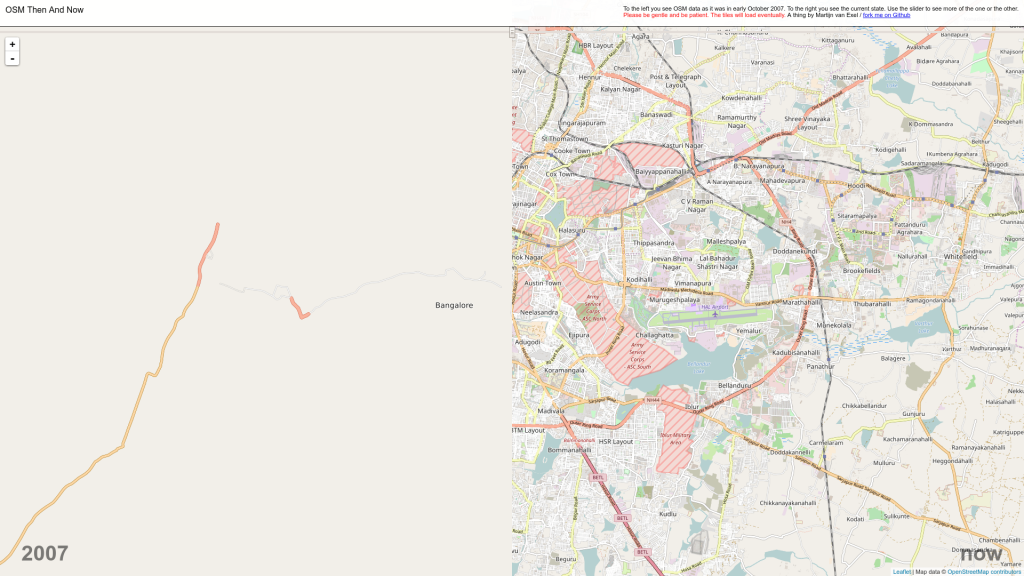 OpenStreetMap has been growing tremendously in India.

A small but dedicated community of Indian Mappers also maintain Indian version of OSM. It's the same community that contributed to the flood maps of Chennai during the floods and Nepal maps post the earthquake. 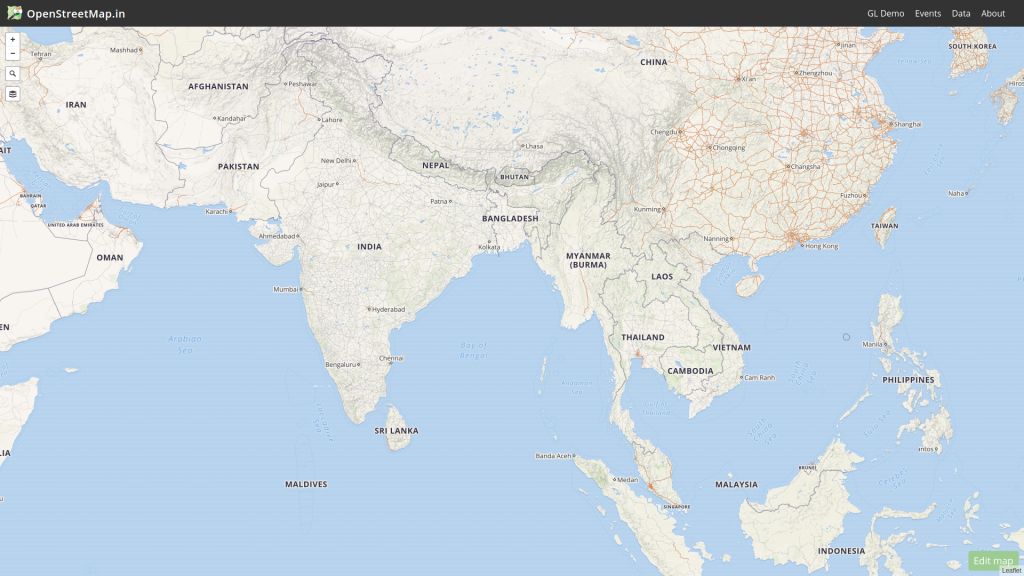 OpenStreetMap (OSM) is a collaborative project to create a free editable map of the world.

A part of community is also working on the localizing the maps to Indian languages. Its been a slow growth here but I see a tremendous opportunity for OpenStreetMap to serve a billion users who don't speak English. And osm-in community understands it well and I am happy to tell you is already working towards it practicable. 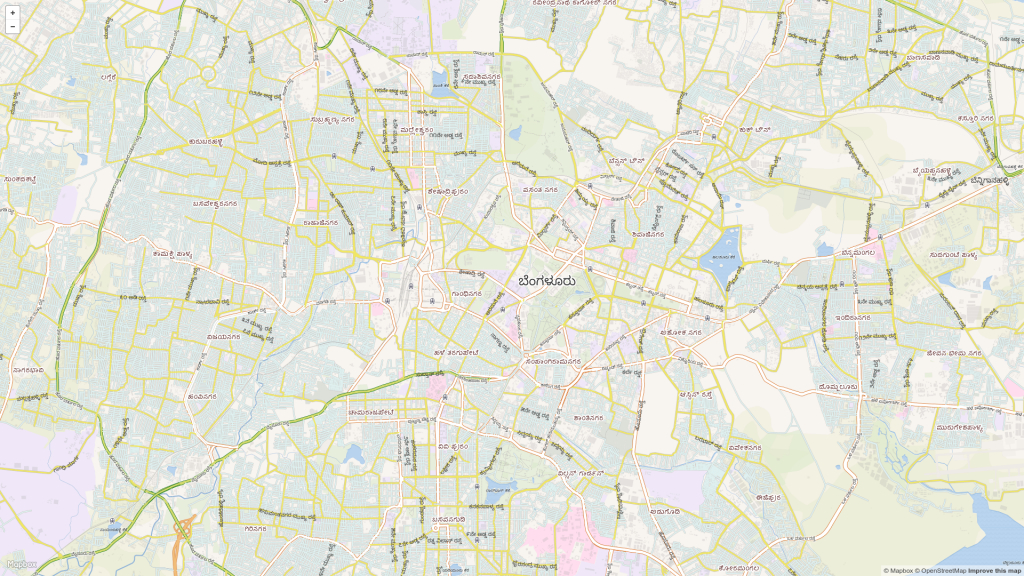 OpenStreetMap seems to be my only hope WRT local language maps. 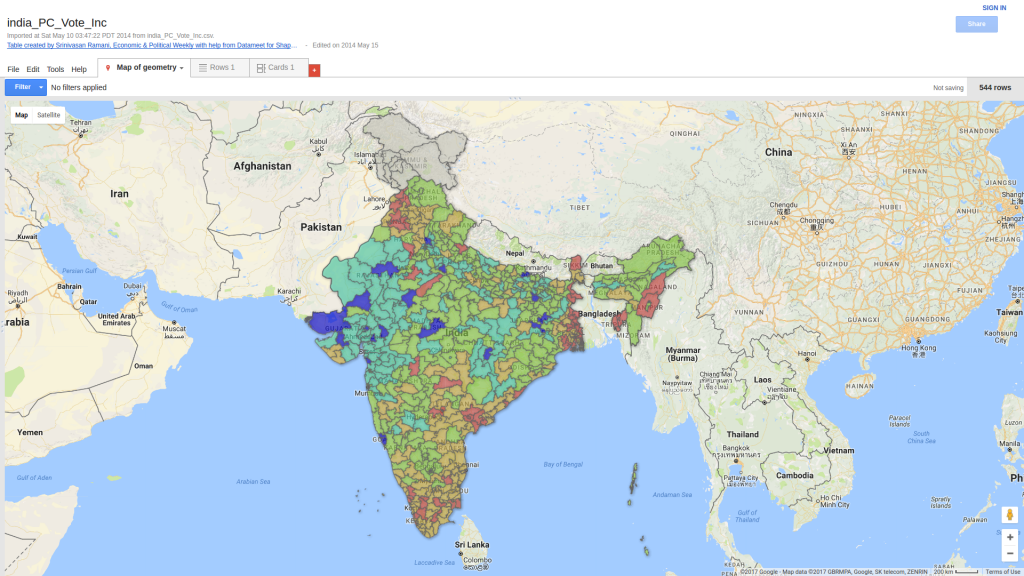 Yet another set of great maps by Data{meet} community. Maps are sourced from different public projects. The community effort is in the form of cleaning up, tagging, organizing and making it availabe for download. 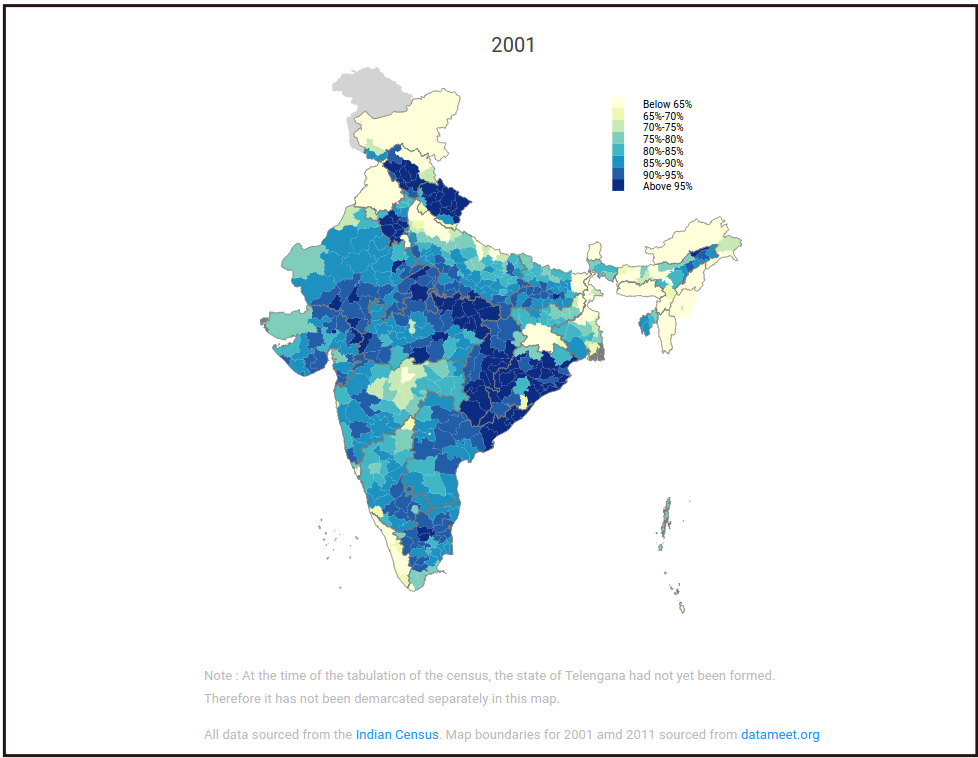 Article about District-wise share of major religions : 2011 vs 2001 in Livemint

City level ward maps are always in demand. Again mapping community from DataMeet has collected maps from various public sources, cleaned it and has made it available for download. 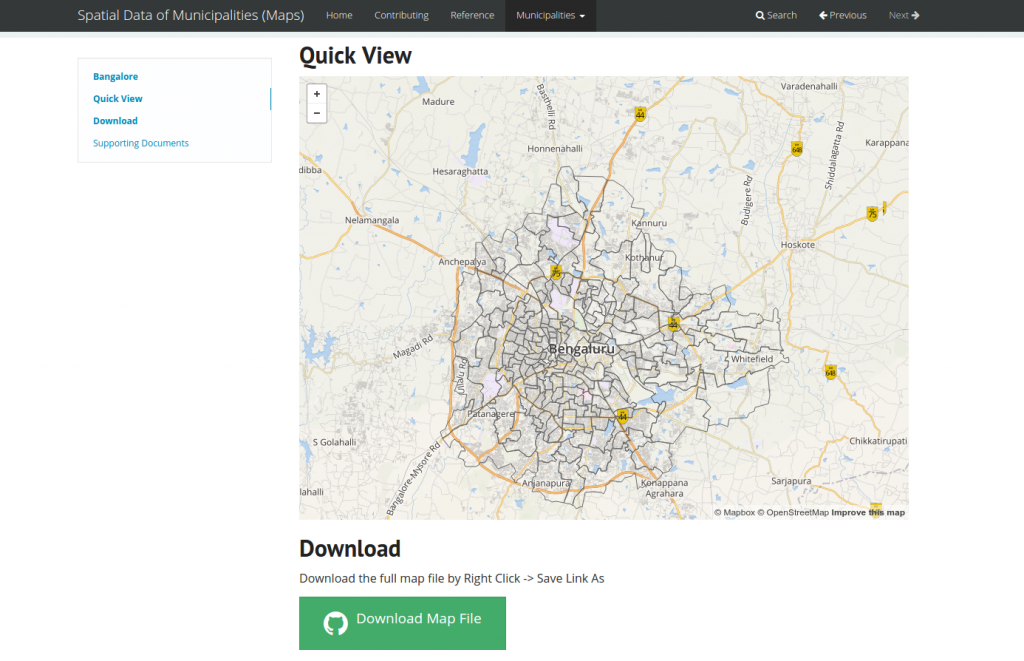 On 70th Independence day of India, volunteers of Data{Meet} started working on the Free and Open Village Maps. It was a gigantic task as volunteers had to collect, draw, clean, tag and add attributes. This one is a massive map cleaning exercise. I am personally involved with this. We will be cleaning about 5 lakh villages. If you like to help, email me. 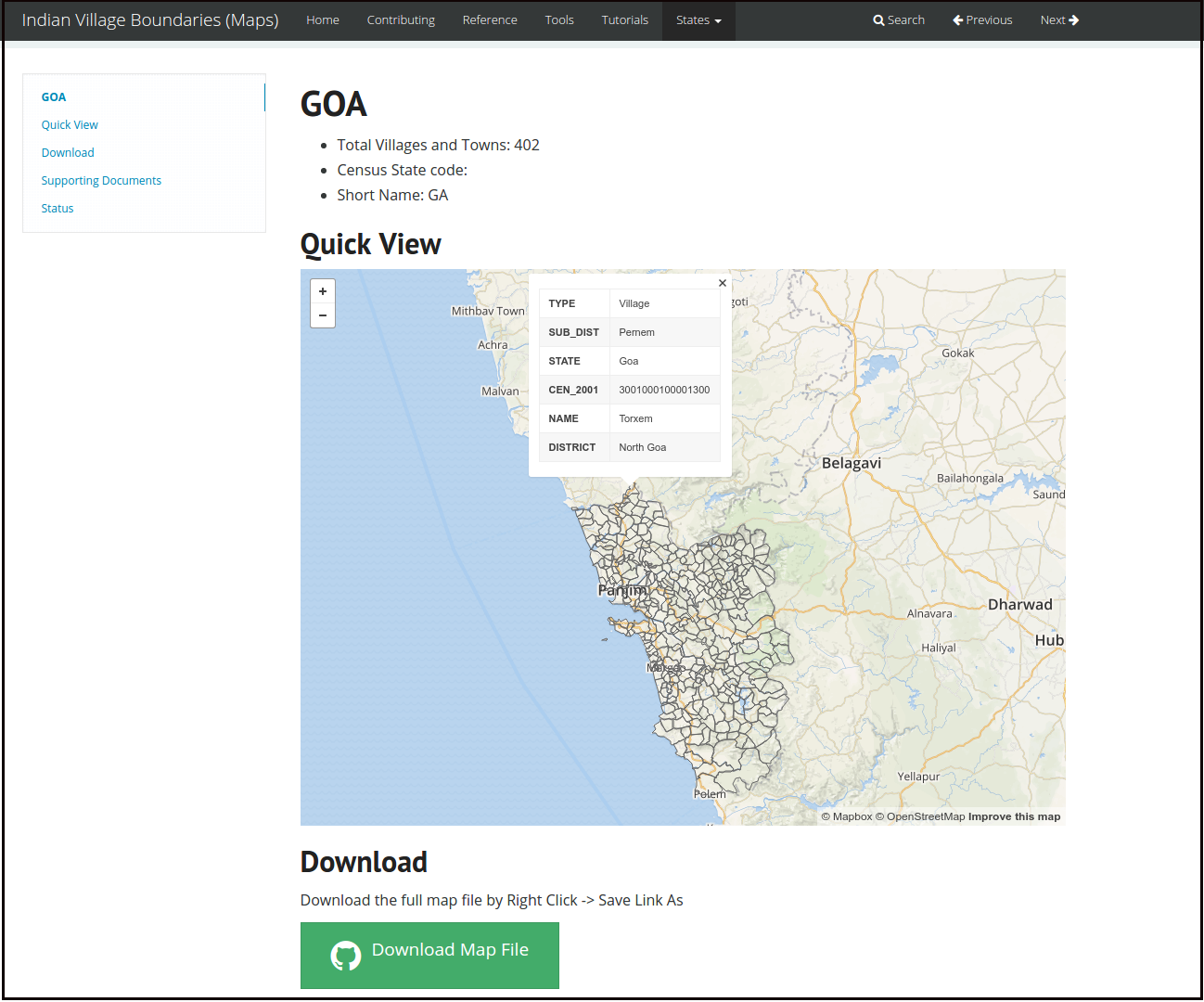 We started working on state by state, today we have about five state's village maps completed and ready for usage. Follow the project status on GitHub or on Data{Meet} blog to know when the community releases a new map.